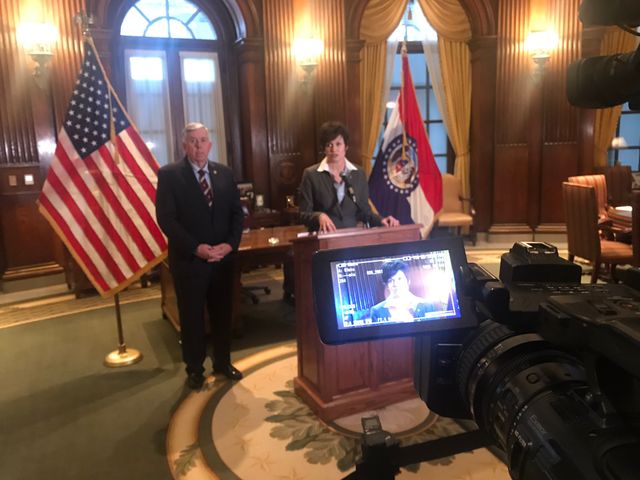 JEFFERSON CITY - The Missouri Department of Corrections and Governor Parson announced Friday a new plan to address staffing shortages and employee wages within the department.

If approved by the General Assembly, The department plans to combine two of its correctional facilities in the northwest region of the state.
Crossroads Correctional Center (CRCC) and Western Missouri Correctional Center (WMCC) will merge together with most of the CRCC employees moving to the WMCC.
CRCC employees also have the option of transferring to other correctional facilities across the state.
"A lot of the staff are very relieved," Department of Corrections Director Anne Precythe said. "They're going to be in a much safer environment."
Department of Corrections employees will see the three percent pay increase that all state employees are receiving and an additional one percent pay increase every two years of continuous service.

“It gives my staff who are exhausted, who are stressed, who are working so much mandatory overtime, a well deserved pay increase,” Precythe said.

Currently, the Department of Corrections employees are among the lowest paid in the state.
The change will not require any employee layoffs and will not require any early releases of offenders.
The pay increase for employees was possible due to the reduction in inmate population the Department of Correction has experienced in the last few months, according to Precythe.

“More offenders are being given probation on the front end instead of being sent to prison immediately," Precythe said.

The department feels that it will be able to sustain the new level of inmate population.
"We do not anticipate overcrowding," Precythe said. "We are comfortable with where we are or else we would've never brought this to the governor for his review."
The merge will give inmates better access to better programs, job training, education and recreation, according to Precythe.
Currently, the Department of Corrections has over 11,000 employees.
“This is a win-win for the state of Missouri,” Precythe said.