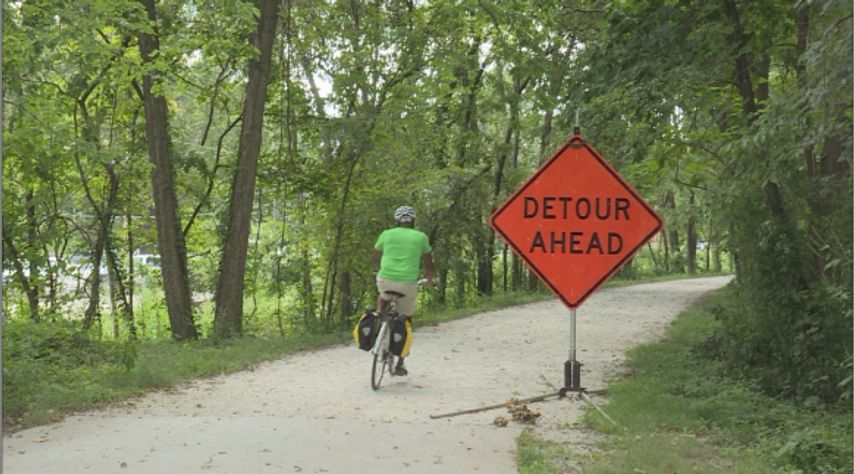 COLUMBIA - The re-opening of a part of the MKT Trail has been delayed two months.

The Flat Branch Sewer Project began in June and shut down the trail from the Lakeshore access (mile marker 7.75) to the Garth Avenue Connector (mile marker 8.25).

The trail was originally supposed to re-open on Aug. 19, but that has been pushed back to Oct. 15.

Hunt said the sewer project runs under the section of the trail that is closed, which is why trail-goers cannot travel over it.

The project began on June 23 as a way to "improve sanitary sewer service and add capacity to the downtown area," the city's statement said.

The Sanitary Sewer Utility Capital Improvement funds is funding the project for $3.879,650.