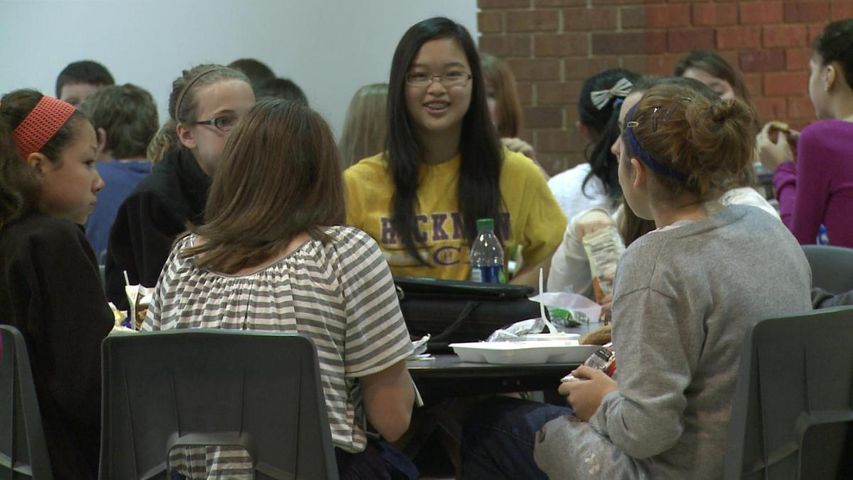 COLUMBIA - The Columbia Board of Education will vote Monday night to decide if part-time workers at Columbia schools will see a pay raise.

Board member James Whitt said if the board votes "yes" to pay raises, "media clerks, part-time workers, people who work in the cafeteria, and custodians" will see in increase in pay starting at the beginning of the 2012-2013 school year.

"It's the lowest paid employees who have really contributed a lot to our school systems," Whitt said. "It's been a while since they've gotten raises."

Angie Snodgrass is one of those employees. She has worked at Smithton Middle School as a cashier in the cafeteria since January. Working at the cafeteria five days a week from 10:30 a.m. to 2:30 p.m.and at Boone Hospital as a part of the cleaning staff from 10:00 p.m. until 7:00 a.m., Snodgrass said a raise at the school is something from which she could really benefit. "We all deserve it," she said. "I reallly enjoy working here, I like it. It's a great part-time job. Getting a raise would boost morale and help keep people around longer."

If the board approves the raise, part-time support staff employees would see a raise of about five to 10 percent. Currently at a starting wage of $8.74 per hour, the support staff could see a raise of almost $.90 per hour. At $9.61, a 10 percent raise, the starting wage would still fall short of Jefferson City Public Schools' $10.00 per hour average starting wage.  Media clerks in Columbia schools could see an average pay increase of 14.5 percent. If the raise is approved, the pay for media clerks would start at $9.78 per hour.

"With the cost of living these days, a raise is really necessary. I wish our salary would double," Randall Koontz, a custodian at Smithton Middle School, said.

Whitt thinks the raise will help Columbia Public Schools "be competitive throughout the Columbia market place to maintain our good employees."