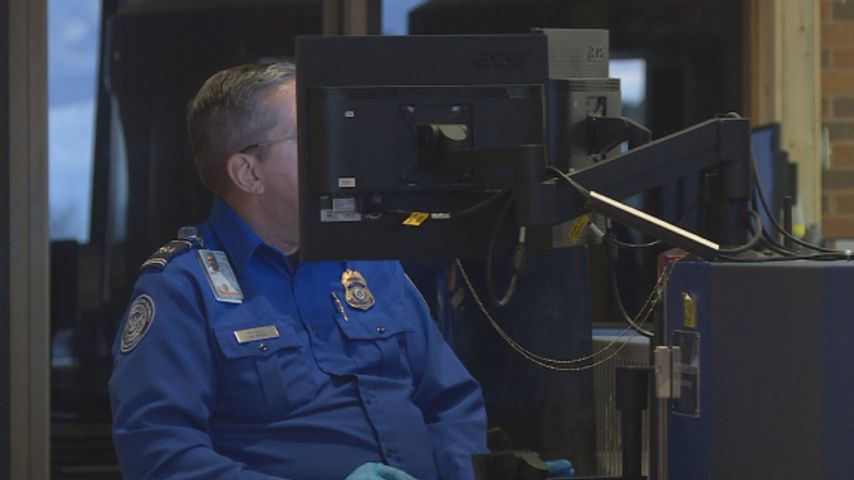 COLUMBIA - Transportation Security Administration (TSA) workers at the Columbia Regional Airport (COU) are working without pay, as a result of the partial government shutdown, according to the Associated Press.

The AP says essential government agencies remain open through the shutdown, including TSA.

That includes 150,000 employees from the Coast Guard, TSA and Customs and Border Protection, nationwide.

Despite the shutdown, Jean Roscovius, traveling from Wisconsin to Dallas, had not seen any effects on her travel plans, Thursday afternoon.

"At my first stop through TSA I had no problems, there's plenty of people there," she said.

Robert Alpers was waiting to board his plane to travel to Atlanta. He said despite the partial government shutdown, he was not worried about his holiday trip.

"I think safety is the biggest concern of all of the travelers," Alpers said. "Our government, I am sure, is prepared for that so I'm really not too worried about it."

Although TSA workers won't be paid for days worked during the lapse in funding, White House officials said they would be repaid retroactively, the AP reports.

Referring to the partial government shutdown Alpers said, "Unfortanelty that's what has to be done," for lawmakers in Washington to come to an agreement.

However, both Roscovius and Alpers said they hope lawmakers put an end to the shutdown soon.

"Unfortunately, neither side wants to work together," Roscovius said. "I really think I'd be nice if they could start working together rather than doing all of these investigations. Let's move on to the issues that are really important and are affecting more people."

Alpers said, "Hopefully the lawmakers would come to a compromise and end it soon," he said. "Sometimes, you just have to play hardball and that's what's happening right now."

This is the third partial government shutdown of the year, according to the Associated Press.

In January, Democrats caused a three-day shutdown, asking for protections for "Dreamers." The government also shut down for a few hours in February over deficit spending.