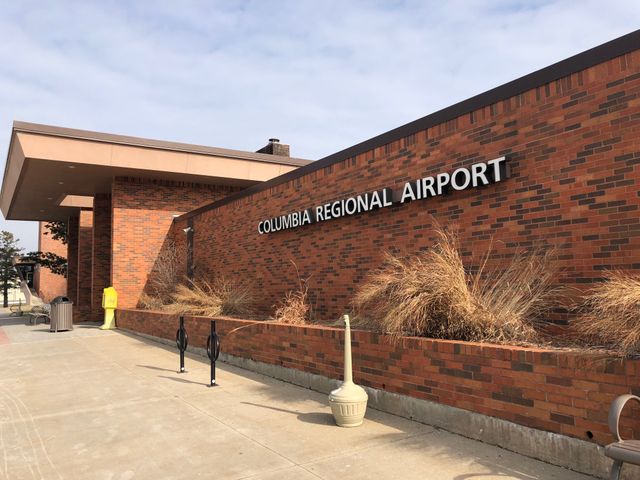 COLUMBIA - Passengers, airport officials and airlines are telling different stories about why there have been delays and cancellations at Columbia Regional Airport over the last 24 hours.

Some people have been concerned about the state of the second runway, which is currently in use while the primary runway is closed for maintenance.

One passenger on a Friday flight said the pilot told him it was delayed because the second runway was too wet.

"He said that they were using the cross runway at Columbia airport and it was shorter than the normal runway and, because it was wet, and the weight of the plane, that they were going to hold us on the ground until the runway dried out," passenger Nick Prewitt said.

COU posted on Facebook Friday evening, saying it wasn't the runway, but the weather, that was causing problems.

"The latest cancellations were due to ceilings being less than 300 feet making the runway hard to detect when landing," the airport said.

Jim Lundsted commented with a screen shot of what his airline messaged him:

"We're sorry to let you know that your flight is canceled because of scheduled disruptions caused by runway conditions at Columbia Regional Airport," it said.

COU replied to the comments by saying, "We met with the airlines prior to the runway maintenance taking place and were not aware of any issues they have with runway 13-31."

When asked for a response, COU told KOMU 8 News, "you really need to talk to United Airlines and their subsidiary, Skywest dba United. It's solely their decision as to their flight status."

COU reiterated its stance that the runway is not the issue.

"Runway 13-31 is fully FAA compliant and safe for use and is open."

United Airlines has not responded to a request for comment.

In a Facebook comment, KOMU viewer Julie Fisher Lundsted said "I landed [Tuesday] evening and there was quite the 'hop' when landing. Everyone on the plane shouted. I’m assuming it’s hitting the bump in the runway others mentioned."