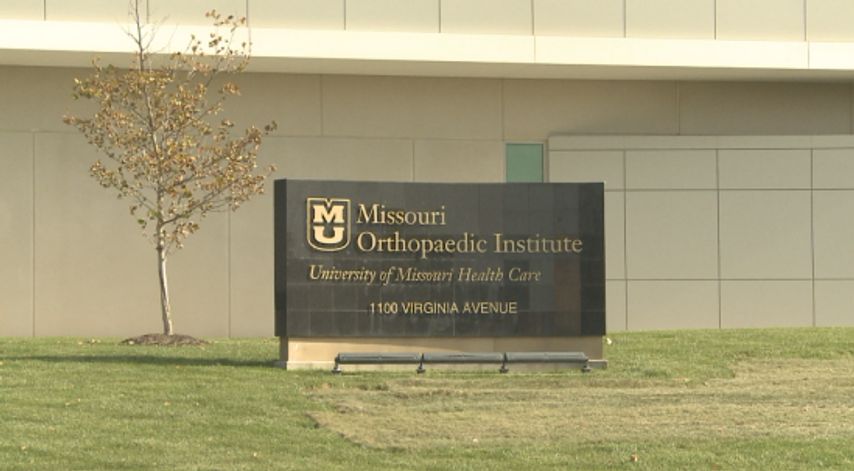 COLUMBIA - What is hailed as an innovative medical procedure is now the subject of two lawsuits.

The Mizzou BioJoint surgery, an experimental, long-term alternative to a total knee replacement, has resulted in two lawsuits, both filed on Friday. James Stannard, an orthopedic surgeon at MU, and James Cook, a veterinarian, are both being accused of medical negligence.

The lawsuits, which were filed by Kip Robertson of the Bartimus Frickleton Robertson Rader law firm in Kansas City, on behalf of Daniel Draper, an active U.S. soldier at the time of his procedure, and Amanda Reinsch, a former professional boxer and mother of six, alongside her husband Matthew Reinsch.

The BioJoint procedure takes bone tissue and cartilage from a deceased organ donor to treat osteoarthritis in the knee. The surgeon, in this case Stannard and Cook, removes damaged tissue and replaces it with the donated tissue, rather than metal or plastic devices.

The risk with the surgery centers around the preservation of the tissue.

The lawsuit states "once cartilage tissue is harvested from the donor, cartilage cells in that tissue begin to die." As the tissue dies, the lawsuit alleges, it releases bacteria which could contaminate the tissue and increase the likelihood of an infection occurring and graft failure.

Reinsch allegedly reported that after the procedure she experienced "10/10 pain to her left knee" and was eventually told by Stannard that she would have to undergo another BioJoint surgery to replace the tissue.

Reinsch then went to another orthopedic surgeon, who found that her knee was infected before suggesting she receive a total knee replacement.

The lawsuit alleges that Reinsch now has "permanent, irreversible damage to her left knee," and like Draper, "forever lost the "ability to live independently," and "lost the ability to enjoy life.

Kip Johnson, Reinsch and Draper's attorney, declined to provide a statement.
"I can't comment on the case beyond what was contained in the legal filing," he said.

Both lawsuits allege that Stannard acted negligently in failing to provide "sufficient information about Mizzou BioJoint Surgery so that they could make a reasoned and fully informed consent."

David Tyson Smith is a attorney who specializes in cases involving medical malpractice and negligence. He said, "If a doctor isn't disclosing risks, especially if they're known risks, that's going to be a problem for the doctor and the hospital."

Cook, who while a licensed veterinarian, is not a licensed physician or surgeon, is accused of "negligently and carelessly acting as a surgeon in the Mizzou BioJoint Surgery without proper medical direction or supervision."

Smith said that Cook's involvement in the actual surgery, regardless of the extent, opens the doctor up to liability.

"If someone is performing a surgery but is not trained to do that surgery, that's a big problem," Smith said. "Now if there's someone in the room and they're just giving advice, that's also a problem."

The Curators of the University of Missouri, alongside the two doctors, are also accused of violating merchandising laws. The filing stated "advertisement, promotion and representations regarding Mizzou BioJoint Surgery have been deceptive and misleading to the general public."

KOMU 8 News reached out to the public relations office of MU Health and has not heard back.