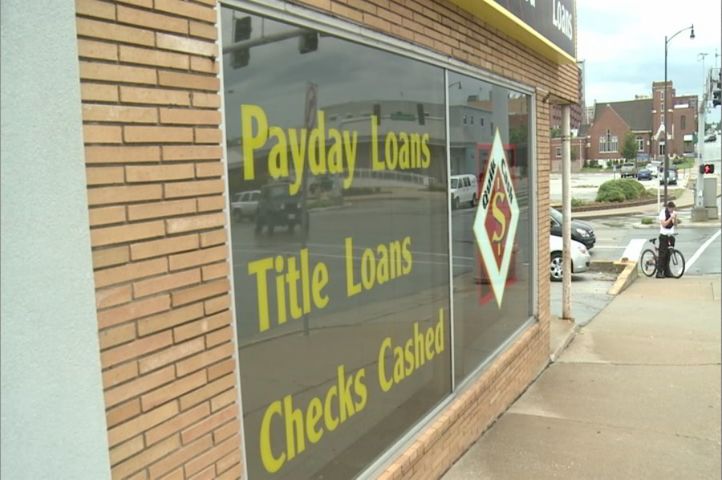 JEFFERSON CITY - Opponents of a petition to limit payday loan rates to 36 percent filed suit in Cole County Circuit court Monday to change the wording of the measure on the ballot. The plaintiffs want the petition to exclude installment lending from the new law.

The suit has caused a stir as lobbying groups from opposing sides of the issue released statements before the petition hits the streets for signatures.

A group calling itself "Missourians for Responsible Lending" drafted the original petition. The lobbying group contends the payday loan industry preys on young and unsophisticated borrowers, charging up to 1955 percent interest on short term loans.

Rev. Rudy Pulino of MRL said the organization plans to spread the petition through faith-based groups.  In order for the petition to be included as a proposal on the 2012 ballot, backers need to gather 5% of the signatures of voters from the 2008 gubernatorial election.

The state auditor's office filed a report on July 28th on the impact the proposal would have on the state economy. The report indicated there would be no real cost to the state, however it did include a study from Joseph H. Haslag of the University of Missouri.  Haslag estimated the measure would cost the economy of Missouri more than $100 million in its first two years. Haslag currently holds the Kenneth Lay chair at the university.

Both the MRL and the payday loan lobby contest the auditor's report. Missourians for Equal Credit Opportunity, an industry lobby that one of the parties in Monday's suit to change the petition, contests the part of the report that said there will be no effect on the state government.  MRL contends the report from Haslag is biased and "should not have been included in a bipartisan report."

Democratic State Representative Mary Still of Columbia said the payday loans "Cause urban blight, and keep people in a cycle of debt they can't escape."

Still has proposed the 36 percent rule in the past but said she was blocked by a partisan committee.

You can view the Missouri State Auditor's Fiscal Note here.