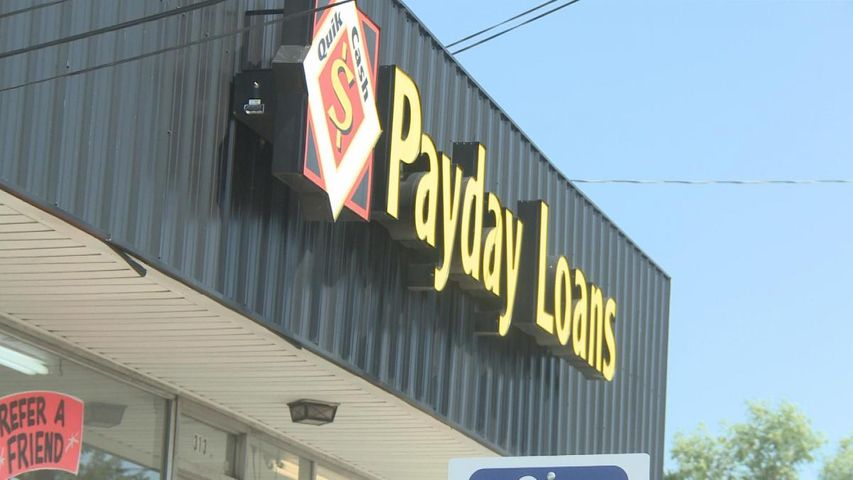 COLUMBIA - Wednesday, September 10, 2014 is a crucial day for Missourians and the Missouri Legislature. Wednesday is the legislature's veto session where a payday loan bill vetoed by Gov. Nixon in July will be addressed.

Payday loan lenders can currently charge borrowers interest rates of up to 75 percent and allow loan renewals as many as six times.

Sen. Mike Cunningham's (R-Rogersville) vetoed bill wanted to restrict interest rates to 35 percent and terminate renewals so a consumer would have to pay off their initial loan before taking out a new one.

Cunningham said he will not challenge the bill's current standing saying that he couldn't get enough votes from his colleagues.

No payday loan businesses would talk to KOMU News and insisted that we call their corporate offices, which are not in the state of Missouri.

Some people say the loan is a ripoff, but others feel it's beneficial in tough times.

"They're not the best, but they do help us out when we're in a crunch and when you live on a fixed income," borrower Dedra Milholland said. "They do help me. I don't use them very much, but when they I do they are there to help."

Cunningham also said that the bill would've been the newest payday loan legislation in over a decade. He hasn't decided if he will pursue it again next session.