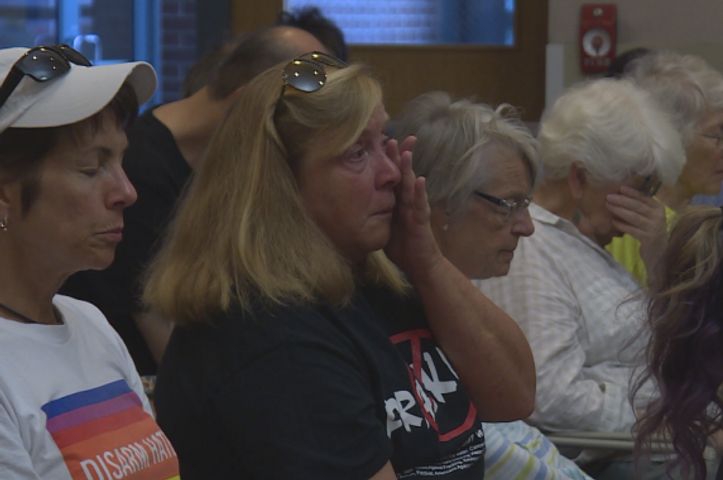 COLUMBIA — Sunday marked the 15th anniversary of 9/11, and some people in the Columbia community said they believe it's time politicians stop using American grief as a means to accomplish their own agenda.

"It's obvious from the people who are running for the position of our new president that they are every bit of the warrior that the existing president and the presidents that preceded him were," said John Betz, the President of Columbia's Veterans for Peace organization.

Betz was one of two guest speakers at "No More Victims," an event hosted by the Mid-Missouri Peace Works organization Sunday evening at the Boone County Government Center. The event was focused around healing, reconciliation and prevention of future violence. The organization has held the event every year since the tragic terrorist attacks 15 years ago.

The other keynote speaker, MU Professor Zaid Mahir, called the 9/11 attacks "horrific," and described his experience watching the twin towers fall on television with his wife in Iraq. Mahir, an Iraqi-American, said he has a unique perspective on the attacks, because he still lived in Iraq in 2001. He said his family had no idea the terrorist attacks would lead to a war in his native country, and wonders what can be done to prevent that kind of response in the future.

"How much more blood needs to spill?" Mahir said.

Betz said it's time Americans start demanding answers as to why we are still engaging in war in the Middle East.

Mid-Missouri Peace Works President Mark Heim called the wars on Iraq and Afghanistan "Immoral," and compared them to the war in Vietnam. Betz said he agrees with that notion, and wants people to recognize how politicians have exploited the tragedies that took place 15 years ago as a means to go to war.

"It was initiated, this war against Iraq, sending troops to Afghanistan, it was initiated on a lie," Betz said. "The Iraq war, that monstrous thing that we did, the hundreds of thousands of people that have died there had nothing to do with the attacks of 9/11."

Betz said he has one question for people in mid-Missouri to contemplate on this year's anniversary.

"Is this the way that we remember that terrible tragedy of 15 years ago? I don't think so."