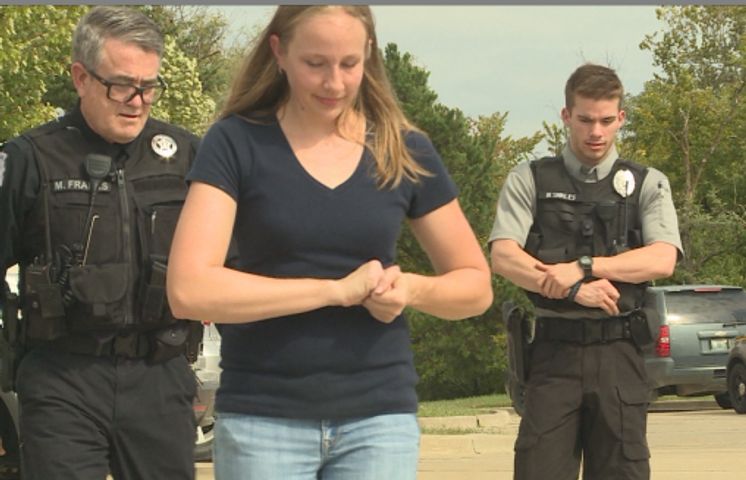 COLUMBIA - Group party bikes are coming to town, but the opening date is still not clear.

Columbia native Kyle Bradley decided to bring the Nashville business, Party Pub, to town in August. Since then, he has been working with different city departments and the Columbia City Council to come up with regulations for the bikes.

Because Columbia has never dealt with this type of business before, it has to create a new ordinance to regulate it. Bradley has to wait until after the ordinance is complete to open. Pedal Pub was originally supposed to start up in late September, then it was pushed to early October.

"We're always trying to work out a timeline so we can tell everybody when we can start," Bradley said. "Staying on top of them and finding out what the next steps are has been kind of a struggle, but they haven't been apprehensive to the idea."

Steven Sapp, Director of Community Relations for the city, said it might take longer to get the business running than Bradley expects. Bradley hoped to open on October 19, after the Council reads the ordinance at its October 15 meeting. However, Sapp said the ordinance will likely not come to discussion and vote until November 5.

"There are still many things that need to get done before the business can legally operate in Columbia," Sapp said. "We want to make sure any insurance requirements are met and that there is a clear understanding for where and when this type of business can take place."

The authorizing ordinance will outline rules for the business. Sapp said they will be focused on insuring public safety.

Though the process has been long, Bradley said the city has been very welcoming to the idea of the business. He said once Pedal Pub has been operational for a while, the city will see a positive effect.

"I think they're really going to like us because of what we have to offer," Bradley said. "Bringing more tourism into the city, bringing more money into local businesses, and I think they're going to have a lot of positive feedback from the community about it."

The bikes hold up to 16 passengers, and at least 8 people have to be on board. Most seats on the bike have pedals for the passengers to power the bike. There is also a pilot who navigates through the area.

According to city regulations, Pedal Pub cannot distribute alcohol. Additionally, passengers have to sign a waiver online to make sure they know the rules of the road. The company asks riders to not drink prior, and Bradley said he keeps an eye on each passengers' behavior throughout the night. If they seem like they have had too much to drink, he won't allow them back on the bike.

"If you've consumed to the point where you're not there mentally or you're falling asleep or just can't handle yourself, you could be a safety hazard to the other passengers," Bradley said. "We want everyone to have fun, but we can't let it get to the point where it's a health and safety issue for them and others."

Bradley said the bikes' slow speeds aren't much of a hazard to riders. He said the city has still been concerned about safety, but he has assured them he will keep a watchful eye on riders.

The city had a few questions for Bradley, such as where the bikes will be stored, what the routes will be, how big the bikes are and whether the bikes should be registered as vehicles. MoDOT said because of where they will be operating, they will not have to register as vehicles. For storage, Bradley is currently keeping them in underground storage, and he said the city is working out designated parking spots.

As of now, Bradley has not created specific routes. He said he wants to avoid East Broadway as much as possible and will instead take side roads to avoid interrupting traffic.

"The ordinances, I have no concerns of," Bradley said. "We will work with the city hand in hand. We want to be partners and enhance the city, and I think they're going to be really happy with us."

Though there are still many procedures the company has to go through, Sapp said the business will be good for the city.

"This is a new type of business, and we're excited to explore it," Sapp said. "Columbia is a welcoming community, and we want new businesses to thrive. We just want them to do it legally and safely."