Pedestrian Bridge Over Providence Comes Down 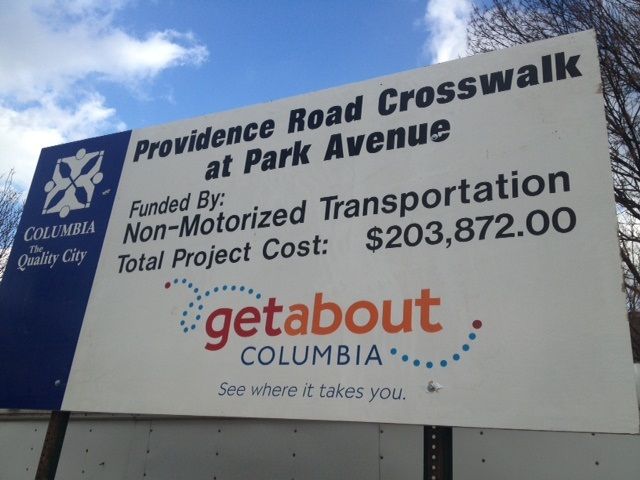 The city's Non Motorized Transportation fund, assisted by Getabout Columbia, paid the program's total cost of $203,872. Columbia residents and community leaders are torn over the removal of the bridge. Former First Ward Council Representative Almeta Crayton said, "Only people who live here understand why that bridge needs to be down. That bridge has been unsafe for over 30 years. The city never asked the community if they even wanted the bridge there, not to mention all of the crime that goes on that bridge."

But some former residents are upset the bridge is coming down. Former resident Elaine Curren wrote on Facebook, "It's not just a bridge, it's a historical monument. I might have to come back to Columbia and start a petition/movement "save our bridge" ... I haven't been on it in probably 20 years."

The bridge has been the proper path for 30 years for pedestrians to get from one side of Providence Road to the other. But many chose to J-walk rather than climb the stairs to use the walkway. In August 2012, the Douglass Park Neighborhood Association held an open forum with members of the Getabout Columbia. At the forum, members of the community gave feedback about what they would like to see during the construction process.

All construction should be completed by spring of 2013, weather permitting.