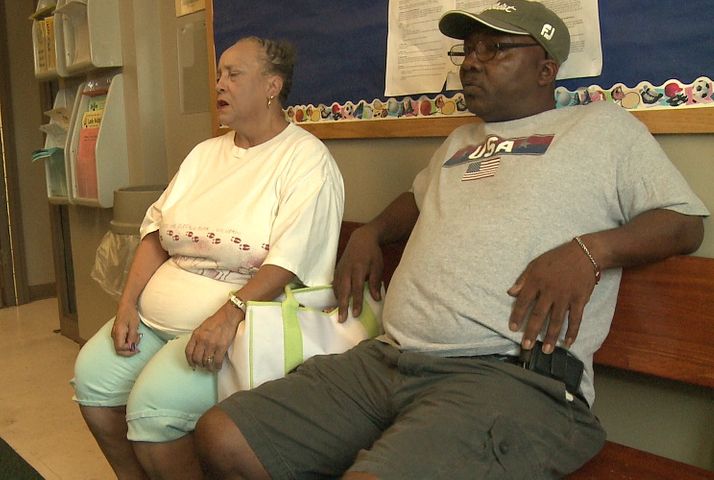 COLUMBIA - As temperatures zoomed into the 90's again Monday, a handful of people took advantage of cooling centers set up by the city.

Marcella Lige' was sitting with her husband inside the Armory Sports Center on Monday afternoon. They were there waiting for their brother who was doing business in the courthouse across the street.

"This is a good place for us and anyone else needs to be out of the heat, and I'm glad that Columbia does provide cooling centers for whoever can sit there, like the elderly," Lige' said.

Doctor John Mruzik works for Boone Convenient Care in Columbia. He said more patients are coming in with heat-related illnesses. Mruzik said many of those people get the illness because their bodies cannot get used to the heat fast enough, especially the young and old.

"It is particularly dangerous for the young people under 4 and those over 60, because those groups of people have impaired ability to regulate their temperatures," Mruzik said.

Mruzik said the most important thing is to keep water inside the body.

"Most people they don't notice that they are thirsty until they've lost up to five percent of their body weight from dehydration," Mruzik explained.

Mruzik encouraged people who live alone and don't have access to air conditioners to take advantage of the cooling centers in Columbia.

The cooling centers are open to the public during each building's regular business hours. They provide air-conditioning, access to restrooms and sometimes drinking water.