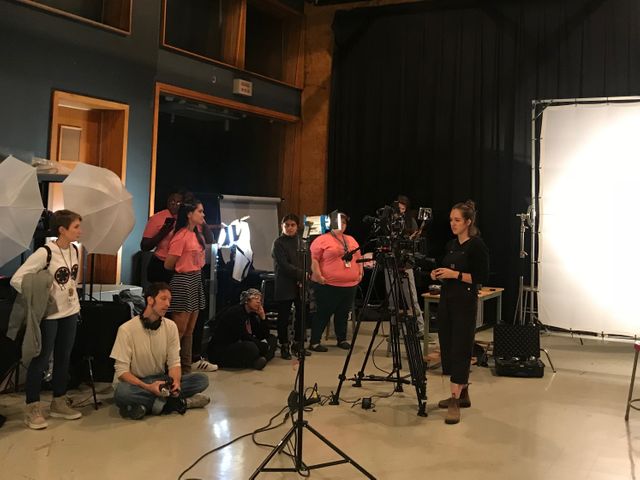 COLUMBIA - The director of the Citizen Jane Film Festival says the event is designed to open new avenues for female filmmakers, because there are already so many pipelines for men.

"One of our main goals is creating a pipeline for women to the top of Hollywood,” Barbie Banks said.

"We try to create those relationships for women,” she said.

When it comes to equal representation in the world of cinematography, gender gaps are apparent, Banks said.

According to the Center for the Study of Women in Television in Film, only 4 percent of the top 250 films in 2017 were filmed by women. Banks said this statistic needs to change.

“It used to be physically, cameras were very heavy and women couldn’t do that,” she said. “Now you have a camera on your phone that can tell amazing stories. But for some reason we haven’t filled that gap yet.”

About 5,000 people attend Citizen Jane every year and women account for 80 percent of them.

The festival relies heavily on its 250 volunteers.

Second-year volunteer,Christina Scott, said she hopes to go into screenwriting after graduating from Stephens College.

“I think it’s important to see the other women in the industry here that we will hopefully be working with in the future and get their perspectives on things we need to be prepared for,” she said.

There are several opportunities during the weekend for students like Scott to interact with women in the industry.

Cinematographer Aly Migliori, who led the workshop, said that, as a female cinematographer, she’s had to advocate for herself.

“Cinematographer are problem-solvers,” she said. “Hard work pays off in this industry.”

“I think a lot of the stuff that’s happening in our world right now with the Time’s Up movement and #MeToo movement are making people realize having a woman in a leadership role on your set are going to make things safer for everyone,” she said.