People drum to the beat of unison at Africa Fest 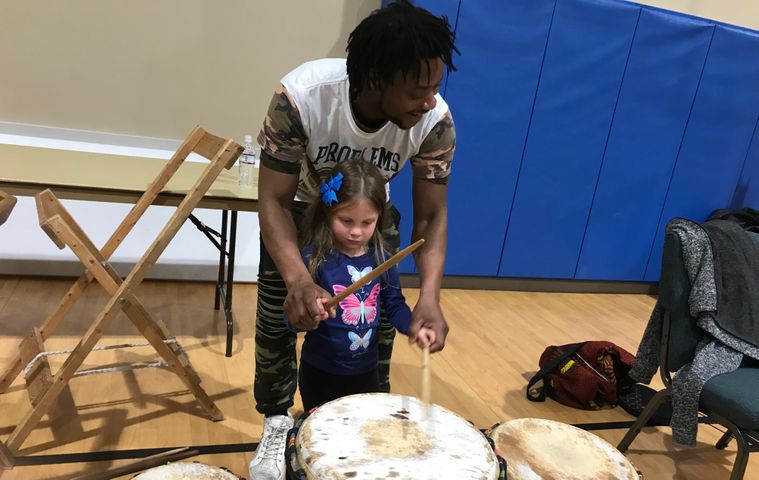 COLUMBIA - Everyone beat to the same drum of unity and togetherness at Africa Fest Saturday.

Africa Fest gave people the chance to learn different languages, drums and dancing. People were able to hear TED Talks about African culture and the experiences of refugees.

The executive director for Africa Fest, Linda Schust, said this event gave people of all ages and ethnic backgrounds a chance to understand a culture outside of their own.

“So people can also get to know each other and understand and respect each other,” she said.

Schust said she thinks it's important for people to learn about African culture, especially if they are not exposed to it often.

“I think it's even more important for the non-Africans because there are a lot of Africans who live here and I think it’s important for us to appreciate the diversity of their culture and all the contributions that they are making and can make to our community,” Schust said.

She said she enjoyed helping plan the festival as well as learning at it. Schust said it was hard for her not to want to get up and dance or play the drums.

“It just makes me happy. Being around the drumming and the dancing is impossible to not feel happy; it’s just exciting and upbeat and it’s just great watching people have a great time,” Schust said.

The teacher of the drum class, Seny Daffe, said he had fun showing people his passion and a part of his culture.

Daffe taught kids and adults how to play the drums.

One mother, May Parker, said she brought her son so he could learn more about his own culture.

“Everybody needs to learn. If you only learn about what you know about then you never get to expand your knowledge.”