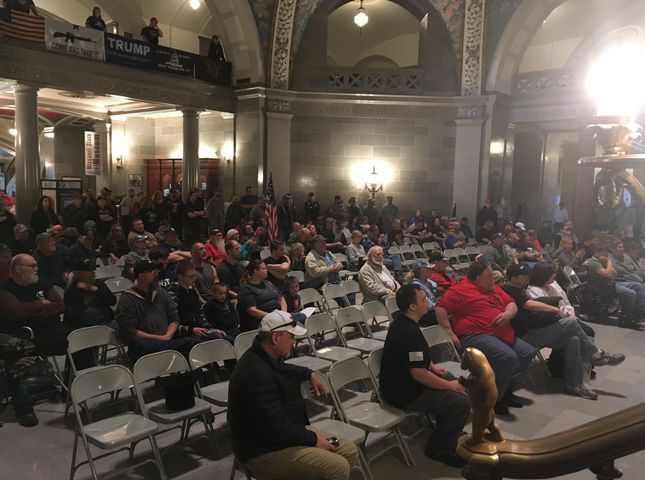 JEFFERSON CITY – People across Missouri gathered in the state Capitol on Saturday afternoon for a pro-Second Amendment rally.

Organizers set up the event as a town hall style space, allowing people who wanted to speak to come up at their own will. People also brought signs to share their thoughts.

Neumann, a United States Marine Veteran, was one of the event's organizers.

“We the people have the right to say something instead of sitting back and watching, to actually get involved,” he said.

“It’s about protecting the nation,” he said.

The event took place from 1-4 p.m. Though there were not any plans of another rally, several people mentioned in their speeches they would like to do another.