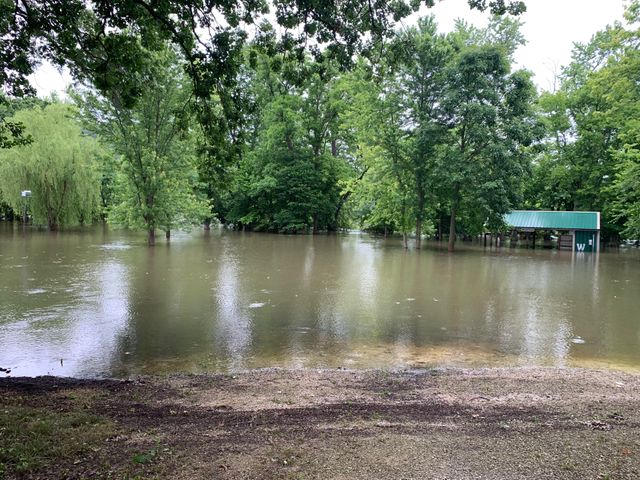 COLE COUNTY - Water is gushing out of the Bagnell Dam floodgates at nearly a half million gallons per second. That's swelling the Osage River downstream, and the people in its path says the potential results are "scary."

Residents are also frustrated, because floodwaters had begun to recede in the area.
“It’s always been a feeling that Ameren doesn’t really pay much attention to our needs, but there’s nothing anybody can do about it,” resident Bill Edwards said. “It’s just where we choose to live and the circumstances we have to live under I guess.”
Downstream resident Cathy Hennessy said some of her neighbors still have flood water in their basements from the past few weeks.
“It’s a little bit scary for them that it could get even higher in their houses,” she said. “I’m just thinking about them and wondering what they might do or what we can do for them.”
Ameren said flow rates could reach 600,000 gallons per second by the end of the week, but it will depend on rainfall, river levels and inflow.