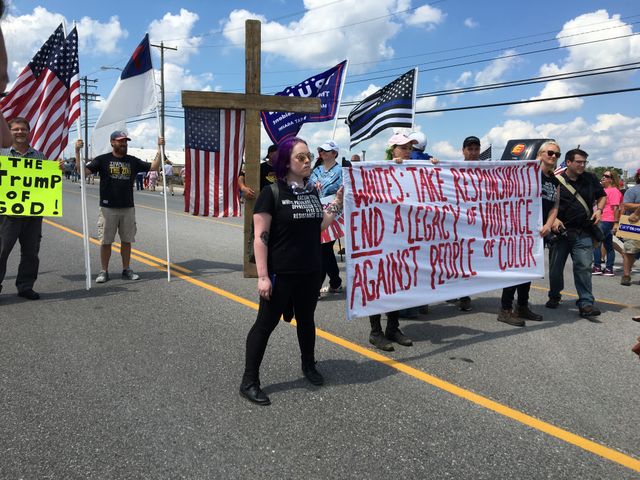 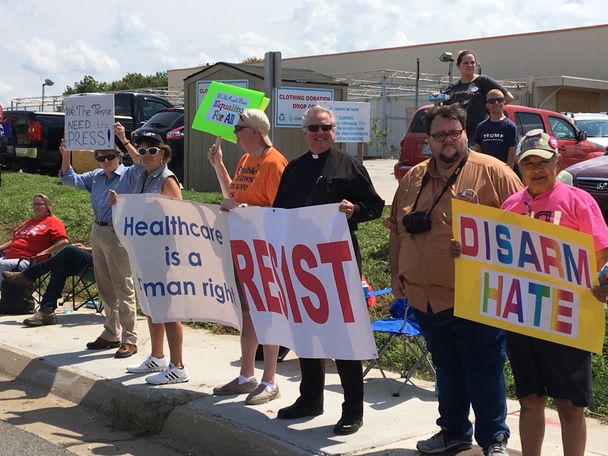 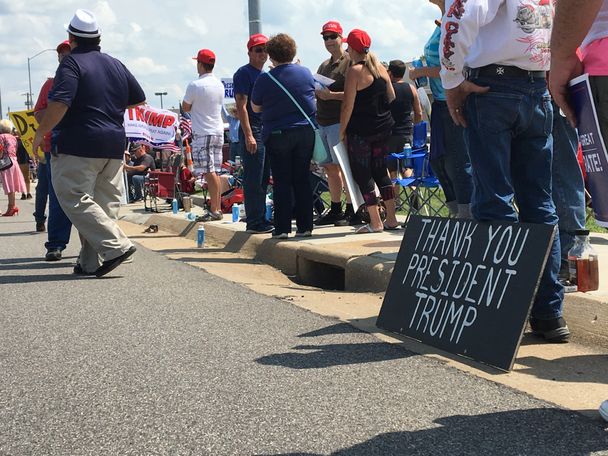 The president’s arrival in the city brought hundreds of people down to East Kearney Street to witness his arrival and departure from the Loren Cook Company.

The general public was not allowed in the building but, with the road closed to traffic, filled the streets to express their opinions.

Josh Wagner, a Springfield construction worker, was carrying a human size wooden cross with an American flag attached to it to show that “Trump is his president, and Jesus his king.”

“I think it is important to be a part of it and to stand up for what you believe in. So, here I am, protesting Donald Trump being in my state because I don’t want him here,” Dolitsky said.

“I believe he's been unfairly treated by the media and all mainstream media in general," said Trump supporter Jerome Pollock. "And we are here to just really show support to let him know that there are people out here that do support him."

“I believe the single most dangerous thing to democracy right now is income disparity, and his tax plan would transfer wealth at a faster rate than ever before in American history from the poor and middle class to the top .01 percent of the country,” said Ray.

Despite the gathering of opposing views, the president’s reception was peaceful.