People Use Specialties to Survive in Job Market 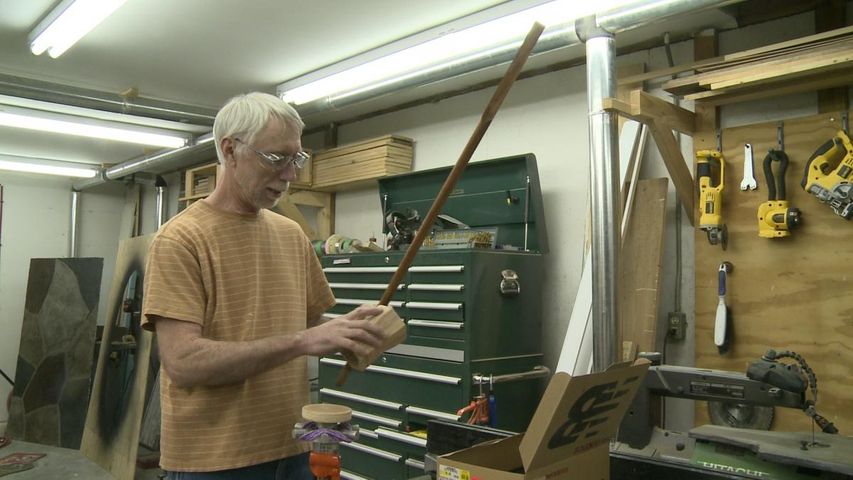 COLUMBIA - Local resident Karl Reber has tried several different jobs to make a living over the years, developing many skills and specialties along the way.

Reber was a machinist in the state of California. He started to work for himself after he moved to Missouri. For about 10 years, Reber has tried construction work, carpentry and more. However, Reber said when things slowed down, he started to worry about paying his bills, so this spring, he finally moved back to a factory and became a machinist again.

Reber said the job market is changing so quickly and the country has shifted over to a service economy since a lot of factory-related jobs went overseas.

"A lot of the trades and skills are being lost," said Reber. "There is not the demand for skilled labor that it used to be."

Reber said his stepson was interested in learning the instrument, so he tried to get one for him. Then, he thought maybe he can make one with his skills.

Reber got a snake skin and learned how to put it on the body of the instrument. Reber said it is challenging to make an instrument that sounds good.

Now, Reber has made several erhus and two of them are for sale to local people who are interested in learning the instrument.

Reber said it is hard to compete with China, but he is still trying to make some deals.

Having worked in several industries, Reber said he can survive in the job market with his current skills, although people are paying more attention to education.

"I have learned to be versatile enough that if there is work in this area, I can go and I can squeeze in there," Reber said.

Reber said he can apply different things he learned to different areas, which helps him pick up new things quickly.

Brooks also said some people can become their own boss and develop their business because they have specific skills and trades.