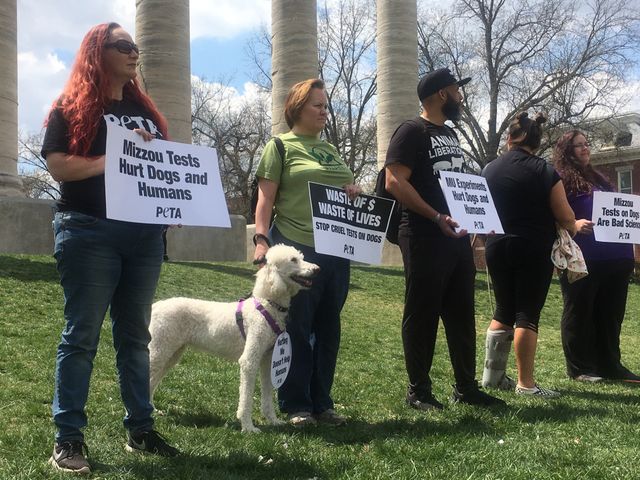 “It’s a waste of tax dollars, it’s a waste of lives and it really adds to the misery in the world when more animals are being forcibly bred to suffer with this debilitating disease,” she said.

MU spokesperson Christian Basi said MU only does animal research when there's no other way to get their questions answered. He said the university follows a strict and robust protocol and scientists who break it face severe consequences.

Basi said not only is MU following the rules for carrying out animal testing, but the research has actually advanced the search for a cure for muscular dystrophy.

“This particular research program has found a cure for Duchenne’s Muscular Dystrophy, which is one of the more common types of muscular dystrophies and it usually occurs in boys. The cure was found by testing done on dogs,” Basi said.

The protest on MU’s campus was part of PETA’s efforts to create awareness about World Day for Laboratory Animals. The goal is to replace animal testing in laboratories with other advanced non-animal testing techniques.