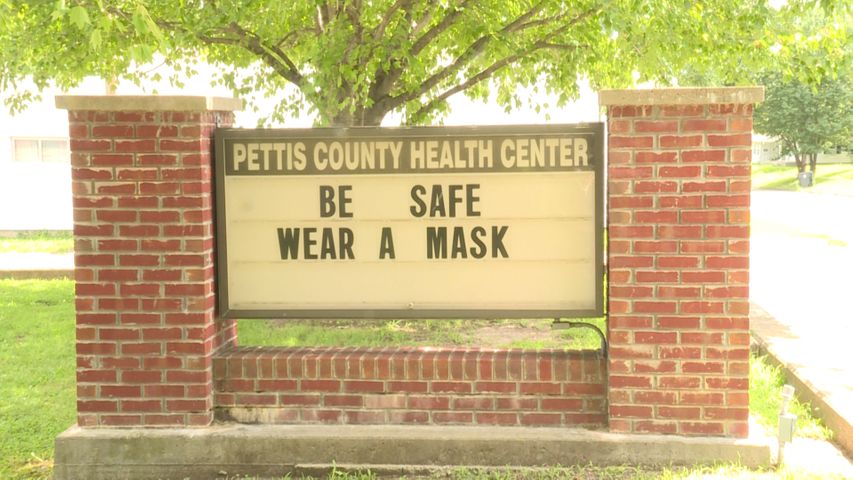 SEDALIA — The latest numbers from Pettis County show confirmed COVID-19 cases have increased over 88 percent in the last two weeks.

As of July 20, Pettis County had recorded 231 positive cases since the start of the pandemic.

In the two weeks since then, the county has recorded 204 new positive cases, including 13 positive tests reported Tuesday and 44 over the weekend.

Health officials say there are a variety of factors contributing to the increase in numbers, including an increase in the number of large gatherings and encouragement from employers for employees to get tested.

"We don't have an ability right now to pinpoint a specific location," said Pettis County Health Center administrator JoAnn Martin."We have cases from all of the zip codes within our county. We have cases from children who are less than a year old to seniors who are in their nineties."

The Bothwell Healing Arts Center Walk In Clinic in Sedalia is offering drive-up testing. Employees told KOMU 8 the amount of people coming in to get tested has drastically increased over the last two weeks.

"We're out here working as hard as we need to make sure everybody's safe," said Sherry Schwartz, a nurse practitioner at Bothwell Walk In Clinic. "And as far as me personally, it's my job to take care of everybody and we are keeping up very well."

"I think everybody is allowed their own beliefs," she said.  It would be nice if everybody would wear their mask and do what they're supposed to do, but again, I'll take care of them as they come in."