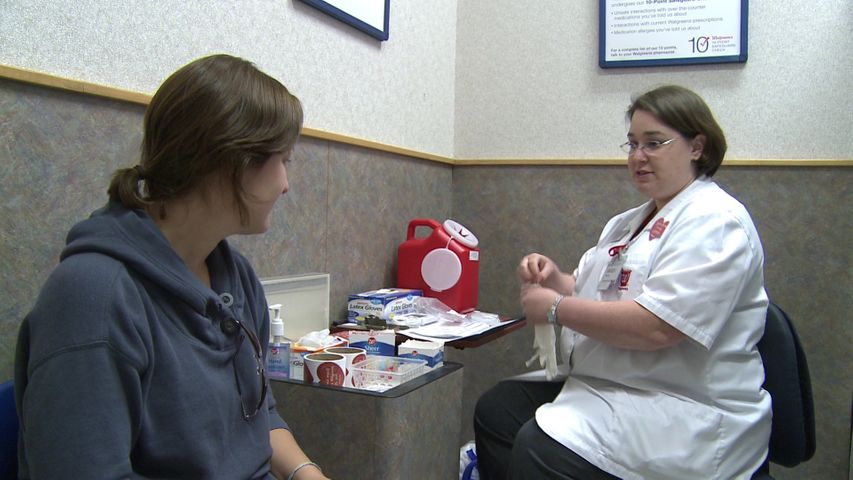 COLUMBIA - Multiple local pharmacies offered flu shots Wednesday even though doctors said influenza season runs from October through May. University Hospital physician Dr. Michael Cooperstock said, on average, 35,000 people in the United States die from the common virus each year. In addition to those thousands, doctors said anywhere from ten to 100 times that many will be hospitalized or sent to the doctor during flu season.

Doctors and pharmacists called influenza a "serious enemy" and said more and more people are getting the vaccine each year despite fear of needles and possible side effects. Cooperstock said a side effect of the vaccine is a sore arm and complications are very rare. Adults over 50 and children under 2 are at a greater risk of being hospitalized due to the virus. Cooperstock also said influenza is as common and as serious as the AIDS virus.

One Columbia mother and resident, Natasha Bailey, got her flu shot Wednesday at Walgreens pharmacy on Broadway. Bailey said the vaccine was about protecting her family.

For more information on where to find flu shots in Columbia visit the health and human services department. Google also has a flu shot finder application but it is not yet active for the season.