Phil Pressey to Declare for the NBA Draft 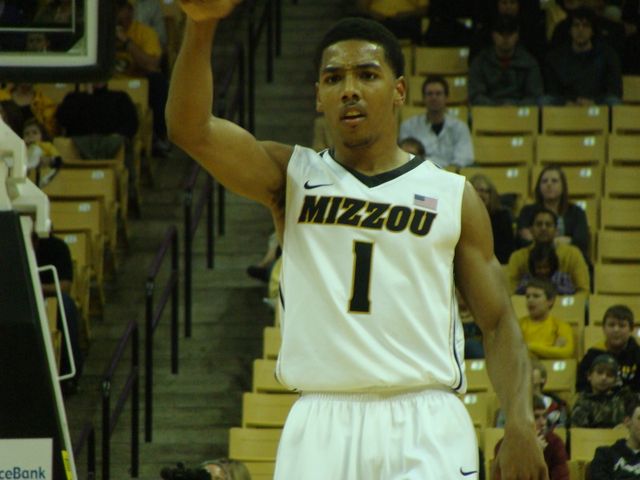 COLUMBIA - Phil Pressey announced he will forgo his senior year at Missouri in order to make himself eligible for the NBA draft.

The following is a press release from Mizzou Basketball:

"Phil Pressey, Missouri's career leader in assists (580) and steals (196), will forgo his final collegiate season and make himself eligible for the 2013 NBA Draft. Pressey made the announcement on Wednesday as he has signed with the agency CAA Sports (Creative Artists Agency).

"Many college basketball players dream of this day, but when I had to finally make this decision it was difficult because it means I am leaving a place I love so much," Pressey said. "I love my teammates, my coaches, Mike Alden and all of our fans, and I'm so glad I had the chance to play for Coach Haith these last two years. He had such a big impact on my career and because of that relationship I will help Missouri Basketball anyway I can going forward.

"I wish we could have brought home a national championship banner, but coming to Mizzou was the best decision of my life. This is a special place and I will always be a Tiger."

"It's a bittersweet day because we all care so much about Phil, but I know how much research he and his family have done and I support that 100 percent," Head Coach Frank Haith said. "I was fortunate in that I had the opportunity to coach Phil for two seasons and he helped us win a lot of games, but more importantly, he was a great ambassador for our program both on and off the court. I wish Phil and his family all the best as he turns to a new chapter in his basketball career."

Pressey finishes his college career as Missouri's all-time leader in assists (580). He initially set the school's single-season assist mark in 2011-12 with 223 assists and broke that mark this season with 240. The 240 assists were fourth all-time in Southeastern Conference history, just one behind John Wall (Kentucky) and Terry Coner (Alabama) for second and 20 behind the SEC single-season record of 260 held by Ole Miss' Sean Tuohy.

Pressey averaged career highs in scoring (11.9) and assists (7.0) this year, finishing No. 13 nationally in assists per game. He also enjoyed one of the more remarkable single-game efforts in a Dec. 28 loss at UCLA, scoring 19 points and tying an SEC record with 19 assists. The 19 assists were the most in college basketball this season.
Pressey finished his career averaging 9.7 points per game in three seasons and was just 41 points shy of 1,000 for his career.

The Dallas native had six games with 10+ assists this year, including 13 assists in the SEC-opener against Alabama and 12 points and 11 dimes in the Bud Light Braggin' Rights victory over Illinois. For his career Pressey had six career point-assists double-doubles, also a school record.

Pressey finished his career tied with Anthony Peeler for career steals. Both players had 196 thefts."