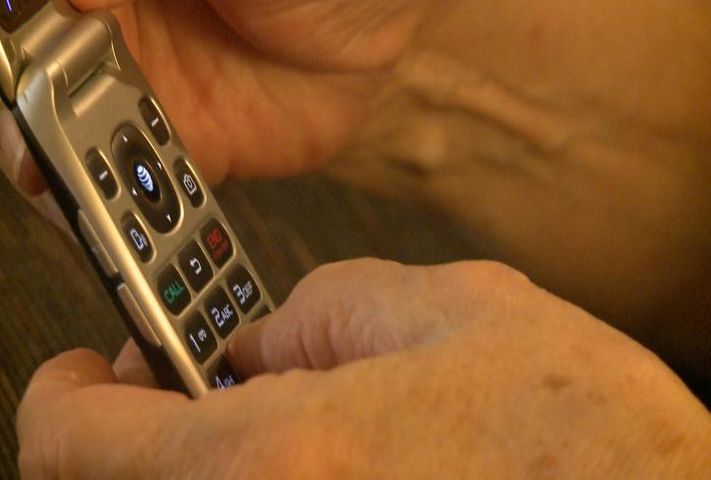 COLUMBIA - A scam is making its way across mid-Missouri one phone call at a time. Thousands of people have received phone calls from an automated robot that asks for personal information and claims to be from Central Bank.

The calls started a few weeks ago and are still continuing. Central Bank Senior Vice President Dan Westhues said more than 25,000 people received the scam call during its initial round. The robot tells people their Central Bank account has been locked. In order to unlock it, the person on the line must press the number one and enter their bank account information. Westhues said several people were victims of the scam after the first round.

"Unfortunately in the first round, that first Sunday, we did have a significant number of people that actually went ahead, pressed one, and put their number in," he said.

Shirley Riegel lives in Chamois with her husband, Art, and has received the strange phone call three different times. The first time she heard the automated message, she was shocked.

"I couldn't believe it," Riegel said. "I was going to talk to them, and I was going to punch that number one, but Art told me not to. He understood what it was, and I did not."

"Actually we have a lot of community members that did it," Westhues said. "It doesn't care if you have a Central Bank card or a whatever card, wherever your bank is from, as long as they get a number that's what they're really after. Transactions come almost instantaneously."

Several people in the area have been receiving the calls, particularly with the area code "573." That's because the scammers have geographically targeted the mid-Missouri area to steal residents' money - this is called "robocalling."

"They will purchase phone numbers just in the general area, whether it's, you know Boone County, or you know, Columbia or Jefferson City," said Mike Harrison, Mid-Missouri Regional Director of the Better Business Bureau. "They will call everyone on that list, even if they're Central Bank customers, even if they're not. A lot of times people are so confused by that phone call they'll actually fall for the scam."

The scammers also have the ability to "spoof" the number they call from, meaning they can manipulate the number that shows up on people's caller IDs. KOMU has received multiple reports that the calls come from the number "325-746-71." However, that's not the only number being recognized.

Aside from the fake phone numbers, the Better Business Bureau encourages people to look for specific signs that a call might be fraudulent.

"In the case of the Central Bank calls that were coming in this weekend, the red flag there is that, first of all, it's an unsolicited phone call and they're asking for your personal information such as your credit card number, the security code that's on the back of the card," Harrison said. "Those are red flags and you should definitely hang up the phone when or if you get those types of calls."

Westhues said Central Bank will never ask for personal information over the phone.

Harrison also said to avoid any interaction with the caller at all costs.

Although Central Bank is not directly involved with the scam calls, employees are doing whatever they can to prevent any more harm as the calls continue.

He said the transactions are coming from outside the United States and the bank has contacted the FBI and other agencies to help stop the phone calls.

Central Bank isn't alone in its efforts to stop the scams. Riegel said she wanted to spread the word about the phone calls to ensure other people's safety.

"I don't want anybody to get taken in, and if I can help in any way to keep that from happening, I am more than willing to do it."

Scams can be reported to the Better Business Bureau, the Attorney General's office, and local police departments.