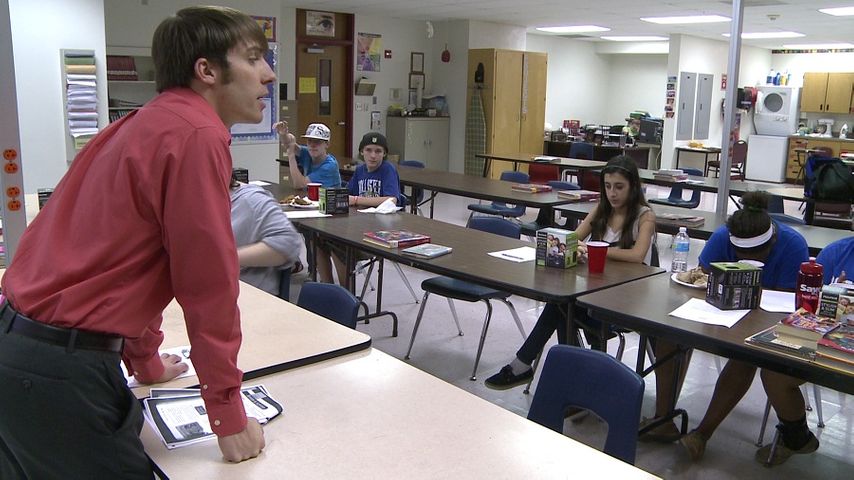 BOONVILLE - Boonville's first Photo Voice class is in its fifth week. The class kicked off on October 22 at Laura Speed Elliot Middle School. This is the first time the Central Missouri Community Action's (CMCA) class has been brought to a rural area.

Photo Voice is an international project that uses photography to enact social change in the community. This is an opportunity that is typically only offered to high school students, but CMCA wanted to give middle schoolers a voice.

"There's a lot of stuff for elementary kids and high school kids, but this gap exists in 6th, 7th and 8th grade," Boonville's Photo Voice teacher Evan Melkersman said. "You can get them now when they are making that transition, and you can teach them how to advocate for positive change in the community."

The Photo Voice class will meet once a week for seven weeks. School counselor Missy Walker hand selected nine students to be the first to participate in the Boonville class. Each of the students were given a digital camera to use for the class to complete their assignments. Each week, the students will discuss a different poverty-related issue in class, such as basic needs and lifelong learning. Their homework is to bring back five to ten photos that best represent the theme they are discussing. A Community Services Block Grant funds the program.

"It's definitely a community effort, and I want to get as much community involvement as I can with this," Melkersman said. "CMCA wanted to get the ball rolling with this project, but once it's planted in the community, we want it to be the community's child basically, and they raise it up to something even greater."

Melkersman said he is very excited and optimistic about the nine students participating in Boonville's Photo Voice class.

"This is in their hands," Melkersman said. "This is their project. They have the power now to drastically change the community for the better. The more they take that seriously, the better they will do in the program."

Boone County held its first Photo Voice class last spring, and students were able to present their photos to the Columbia City Council. The program has received a lot of positive feedback from the community, and CMCA plans to hold its second Photo Voice class after the start of the new year.

"It all starts with the kids," Melkersman said. "If you can get them into a positive frame of mind, if you can empower them with a voice that they can actually go out and change something in their community, that's pretty powerful. Then to put a camera in their hands- you have the perfect recipe for some positive change."