Pi(e) Day is a tasty celebration, no matter how you slice it 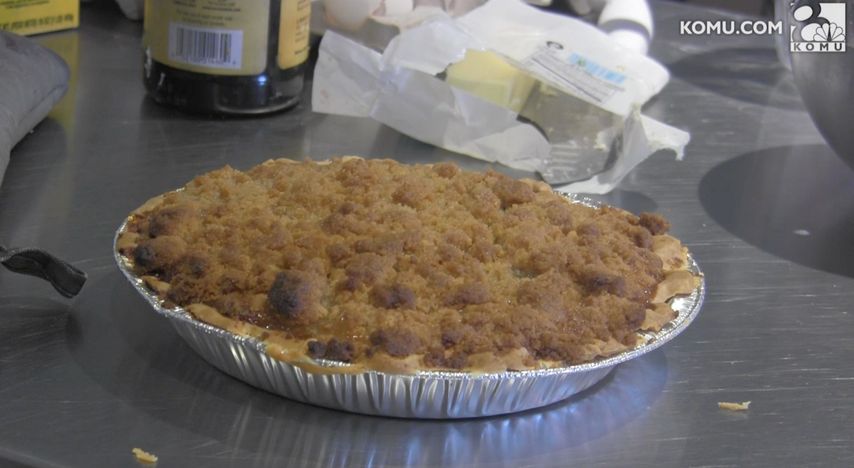 The U.S. celebrates Pi day on March 14 every year, referencing the first three digits of Pi (3.14).

Shakespeare's challenged customers to recite as many digits of Pi as they could, offering 25 cents off per digit on a dine-in 16 inch pizza. The deal ended after 16 digits, or $4.

Columbia resident Anne Carter waitedin a line that went out the door at Peggy Jean's Pies for her chocolate bourbon and baby cherry pies.

"Pi day is always a special day, and they have a really great discount," she said. "It's like a win-win-win."

The mathematical definition of Pi is the ratio of a circles circumference to its diameter, or how many times its width could be wrapped around the circle.

"That's used for all sorts of things, like polling, collecting data about farms, all sorts of stuff," he said. "It's actually shockingly useful."

Montgomery-Smith said Pi factors in most of the day-to-day devices people use, includingcellphone hardware.

The Greek symbol Pi (π) was first used for math in 1737 by Swiss mathematician Leonhard Euler.