Pick Up America Treks Through Columbia 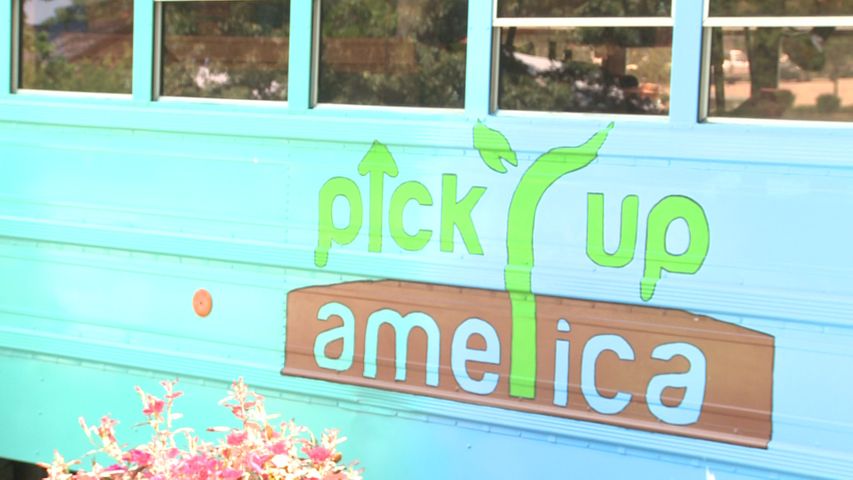 COLUMBIA - Volunteers were seen picking up litter in Columbia Tuesday. Members from an organization called Pick Up America traveled to Columbia this week to clean up litter throughout the city. The non profit organization travels across the country to pick up litter.  Their journey started in March 2010. Volunteers from the crew have already walked more than one thousand miles, and they have picked up more than 100 thousand pounds of litter throught the country.

The small crew traveled to Columbia by bus.  The bus is an old school bus with six bunk beds, a sink, table, and lockers.  If the crew cannot find a home to stay with, they will park in parking lots or camp sites, and stay in the bus.

"On average, we'll work about seven to eight hours a day whether we're on the road or behind a computer," said Mark Chavez.

"We're heading toward Huntsdale right now, where our group will get on the Katy Trail for about 60 miles until we get to Sedalia," said co-founder Davey Rogner.

The crew says they hope to make it to Denver by November before the snow hits.