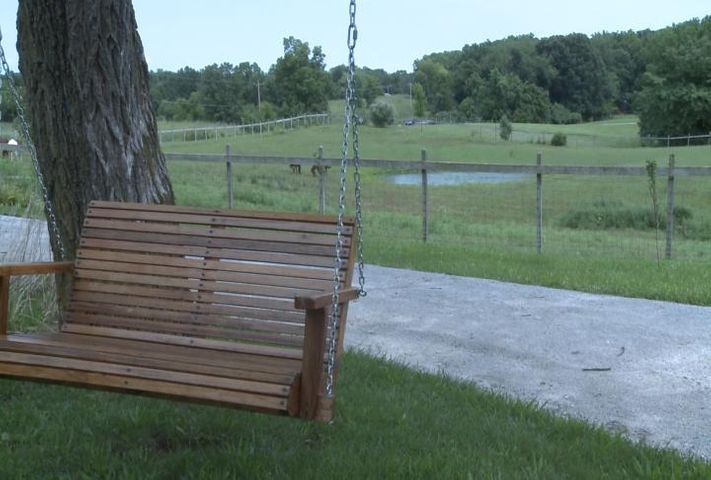 PIERPONT - A Pierpont man whose property contains several sinkholes says he is not rattled by the recent sinkhole disaster in Florida.

"I saw that on the news yesterday, and I didn't even think about mine," Ken Horn said.

Horn has lived in the area for 25 years. He said the sinkholes were there when he purchased the property and they have pretty much stayed the same.

"They've probably gone down a little, but not much," he said.

Despite the sinkholes' proximity to his house and out buildings, Horn said they were not a factor when making the purchase.

"Not really, because the house had been here for several years and didn't seem to have any problems and this barn has been around a day or two," he said.

Horn said he has not experienced any unusual problems with his foundation.

"There's no more cracks or anything than normal settling in a house anywhere else as far as I know," he said.

The Missouri Department of Natural Resources maintains a database of sinkholes that have been documented by the program or are found on U.S. Geological Survey topographic maps.

The Geological Survey program has verified 15,981 sinkholes in Missouri.

"We are fairly well up there," said Randy Miles, associate professor of soil science at the University of Missouri. "Remember we are called the cave state, and our caves are formed, many of them at least, in the limestone."

Miles said the sinkholes in Missouri are due to the large platform of limestone rock that's near the surface in much of the state.

Sinkholes can take on many shapes and sizes.

"Some have a very defined kind of bowl-like structure. Others have a series of various rims," Miles said.

"If you were in the bottom of it and you turn 360 degrees around it would look like everything was draining to you, because it is a sink-link structure," he said

The form a sinkhole takes largely depends on where it is located, Miles said.

In Missouri, regions susceptible to the most sinkholes include parts of the southwest, south-central Ozarks, and south of Columbia in the Rock Bridge area.

Many more sinkholes exist than have been reported to or documented by program geologists.

"It takes a long time for a sinkhole to form, so if we find a new sinkhole structure now, it's something that isn't new, it's been developing over time, it's just now that we're seeing it at the surface."

The largest known sinkhole in Missouri covers about 700 acres in western Boone County, southeast of where Interstate 70 crosses the Missouri River.

Records are not kept about depth, but some sinkholes are greater than 100 feet deep.

There is very good chance those sink structures were there, Miles said, but they did not show up at the surface.

Miles said that is what could have happened in Florida, where a giant sinkhole swallowed up a building at a resort community.

Once a structure is built, he said, changes in the distribution of rainfall and water could cause the surface to collapse under the weight.

There are areas in Boone County called "designated sinkhole plains."

"If I were going to build a house out there I might have a structural engineer, what we call a soil-mechanics type person out there, where they have some type of boring machine to take a look and see if there's any sink structures below the ground," Miles said.