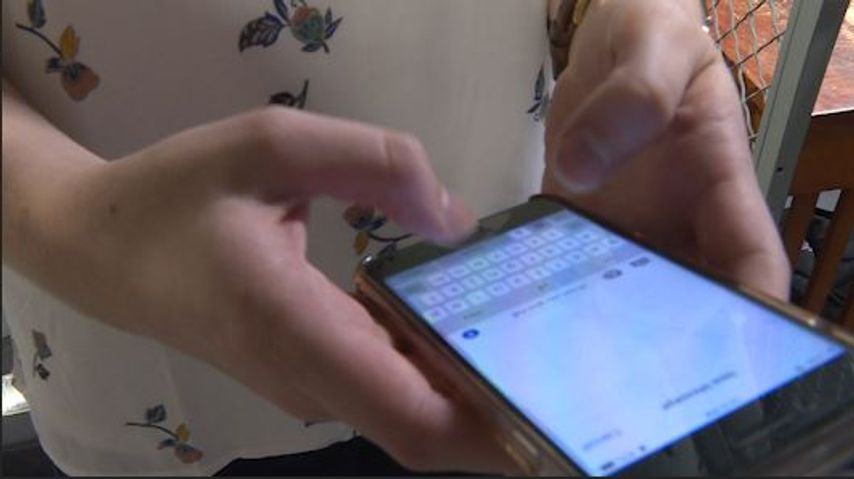 COLUMBIA - A text message program in the pilot stage is underway in mid-Missouri to help reduce the number of failure to appear incidents, arrest warrants and technical violations.

Uptrust is a message communication platform that focuses on social justice. The goal of this partnership is for the citizens' defense, according to Michael Barrett, Missouri State Public Defender Director.

"It will help ensure that [people] are not unnecessarily incarcerated on only a criminal charge," said Barrett. "This helps them avoid losing a job and housing as a result of that incarceration."

Here's how the text program works: each public defender client in the pilot program will get text reminders for their court dates and other important legal appointments. This hopefully will help people avoid missing important court hearings due to being busy.

Jacob Sills, Co-founder and CEO of Uptrust, said they have helped a number of public defenders offices decrease their failure-to-appear rate to around an average of 50%.

"One of the reasons why I think we have been really successful is we have chosen to work, generally speaking, with public defenders offices," said Sills. "And in a lot of jurisdictions a lot of the people going through the criminal justice system don't have much money and they utilize the service of either a public defender or assigned council."

Barrett explained that this program will also help the rest of the community because it helps reduce cost and fees. The goal is that the police will be able to issue fewer warrants because defendants will now be reminded via text message to appear in court.

"We're hoping to decrease the reliance on pre-trial incarceration by encouraging judges to lower bond amounts now that we have this tool to help ensure defendants show up for court," said Barrett.

Sarah Aplin, District Defender of the Columbia Trial Office, said when someone doesn't appear in court they will get a warrant for failing to appear, and that warrant is not necessarily based on any sort of new allegations but just the fact the person didn't appear in court.

"So often failures to appear in court are not intentional, they're not a person trying avoid coming to court, it's just that they either didn't get notice or they've got a whole lot of other things going on in life just like most of the rest of us do," said Aplin.

"Potentially the judge doesn't understand or thinks that it was intentional and then the person has to stay in jail really over a misunderstanding and over missing a court date which could happen to anyone," Aplin said.

Aplin added she hopes this not only helps the community but also the police department as well.

"I hope one of the benefits will be that their (the police) not making arrests over a misunderstanding, over someone forgetting about a court date and they can focus on more serious offenses," Aplin said.

Sills said he is excited to be working with Columbia to implement this program in public defenders offices.

"Were just really excited to be working in the community and in Missouri overall," said Sills. "It's a state that has had some struggles with pre-trial attention and trying to lower incarceration rates but seems to be really making a lot of effort to improve those and were hopeful that we can be a tool that helps the county and state to keep it's goals of lowering the number of people in jail that don't need to be there"

This program costs around $37,000 and is being funded through an award from the Missouri Bar Foundation.

Columbia businesses don't have to refuse service to unmasked customers
COLUMBIA—About 20 people filed complaints about other individuals or businesses not following the mask ordinance this weekend, according to the... More >>
22 hours ago Monday, July 13 2020 Jul 13, 2020 Monday, July 13, 2020 7:19:00 PM CDT July 13, 2020 in News
Share:
Email
Facebook
Twitter