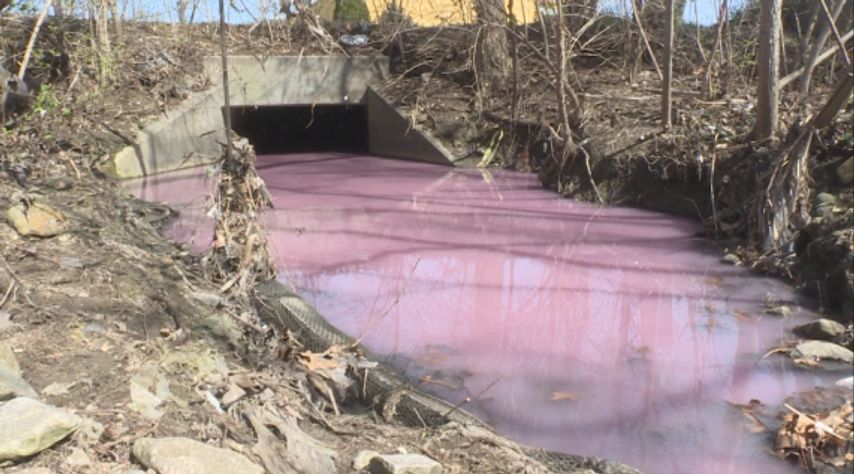 COLUMBIA - Employees at ELL & CO Salon near Nifong Road were not expecting to walk out their back door to pink water flowing in the creek on Thursday.

“When we went out this morning and opened the door, we noticed that the creek, which is normally clear, was foggy and had kind of a pinkish-red hue to it,” Joshua Trammel, co-owner of ELL & CO, said.

Immediately, workers warned the Columbia Department of Conservation with pictures and descriptions. The department sent a supervisor to check out the scene.

At first, the department and the city both thought it was a dye test.

“Usually it’s a really vibrant color like red or green so it’s very visible to be seen,” Tom Strother, a department supervisor for the Central Regional Conservation Office, said. “It’s not a natural color to see in a stream so when you see it, it’s pretty obvious what it is.”

Dye tests are not abnormal for people to use to find out where creek water is running and it’s nothing to be concerned about, Strother said.

A preliminary investigation from the city found a nearby car wash was pumping the pink water out of its pits which was flowing into the creek. The substance is still unknown, according to the city's communications manager, Brian Adkisson.

Adkisson also said the city does not know whether the water is toxic or not, but it should get results by Friday.