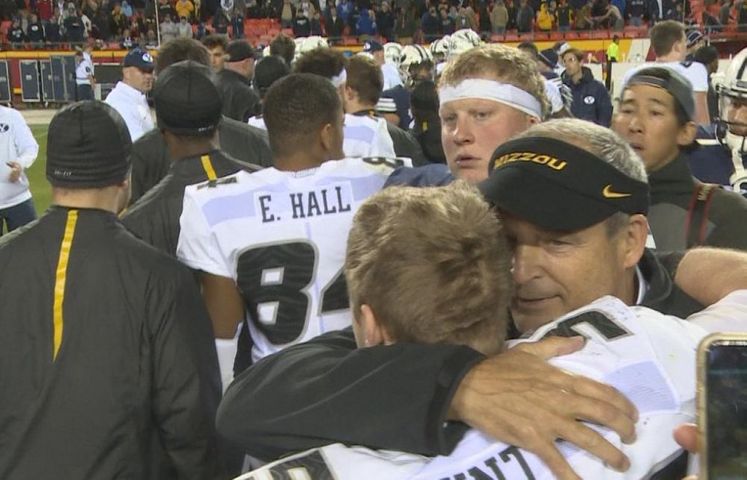 KANSAS CITY - The name of the winningest coach in Missouri football history roared throughout Arrowhead after fans saw him win there for the last time in his career.

The Tigers had lost four in a row, and losing again would have tied the longest losing streak in Pinkel’s career at Missouri. But Pinkel's faith never wavered.

While Pinkel stood by his players all season, after the game it was the players who walked out to stand with Pinkel during his postgame interview. Players’ chants of “G.P., G.P. hey,” flooded the field as they swarmed their head coach.

“That’s the biggest thing you're going to miss. You're going to miss the players and kids,” Pinkel said. “And as I've gotten older as a coach, I enjoy that more, and hanging around the locker room with the kids, and so on so forth. And them telling me when I'm cool, when I'm not cool so I can kind of keep up with what's happening here."

After his postgame interview, the football team encircled Pinkel while he danced to the chant.

"It was very special,” redshirt freshman Walter Brady said. “If I'm not mistaken, I think Coach Pinkel is now 6-1 in Arrowhead Stadium, so to send him out in a big win in this great stadium that we're in it's definitely an emotional boost for us."

Pinkel's final game at Faurot Field is Saturday, something he said has not hit him quite yet.