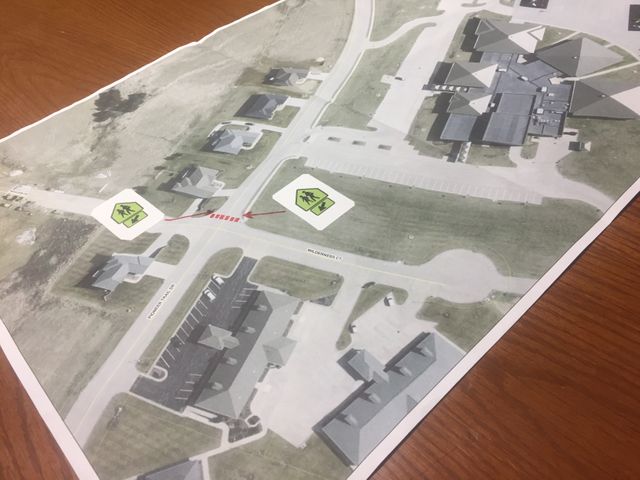 JEFFERSON CITY- Pioneer Trail Elementary School music teacher Andrew Berhorst acts as a crossing guard for the school in the morning and afternoon. He said the area is unsafe for students walking to and from the school.

“Especially in the mornings, people are more concerned with getting to work and they think that nothing bad could happen,” Berhorst said.

The crosswalk would be located on Pioneer Trail Drive near Paradigm Drive.

JCPS School Safety and Security Coordinator Kurt Mueller said families who live near the school brought the idea of the crosswalk to him.

“We’ve actually had a few concerned parents as well, asked a question about a crosswalk,” he said. “So we approached the county commission recently and the Cole County Public Works and have been terrific partners with us.”

Berhorst also said the crosswalk would help due to the growing population in the area.

“This is a growing area since I’ve been here,” he said. “I’ve been here three years. This entire street, Paradigm Street, has just filled up with houses.”

“It would be properly signed and properly striped which would give them a safe crossing,” he said.

Landwehr said the project is still in the planning phases.

“They approved of the idea of working to complete a crosswalk,” Landwehr said. “There’s no real plan now.”