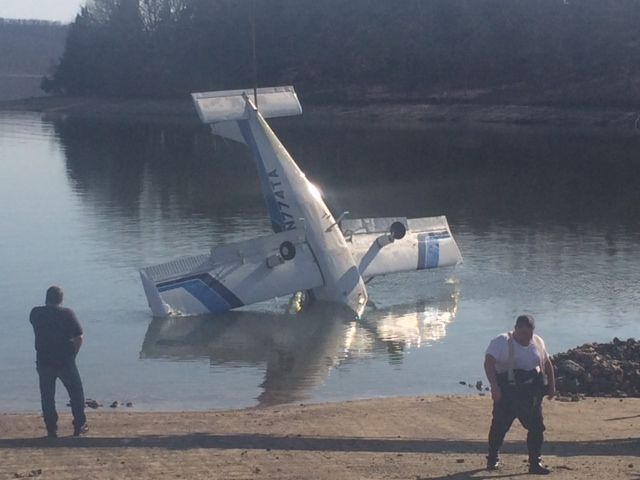 OSAGE BEACH - A plane carrying a pilot and two passengers crashed in Osage Beach Wednesday afternoon. All those on board survived the crash, two of the three were sent to the hospital for injuries.

All were on board the 1976 Beechcraft B19 that took off from Grand-Glaize Airport and was en route to Creve Coeur. The passengers were able to get out of the plane and were found along the shoreline. The Osage Beach Fire Department arrived to the scene seven minutes after the crash. A fire boat was used to rescue the individuals due to the terrain.

Chief Jeff Dorhauer said the individuals were conscious and alert. Two of those on board were taken to Lake Regional Hospital for treatment.

Divers were sent out to locate and remove the plane from the water.