Plane gets stuck in the mud at Columbia Regional Airport 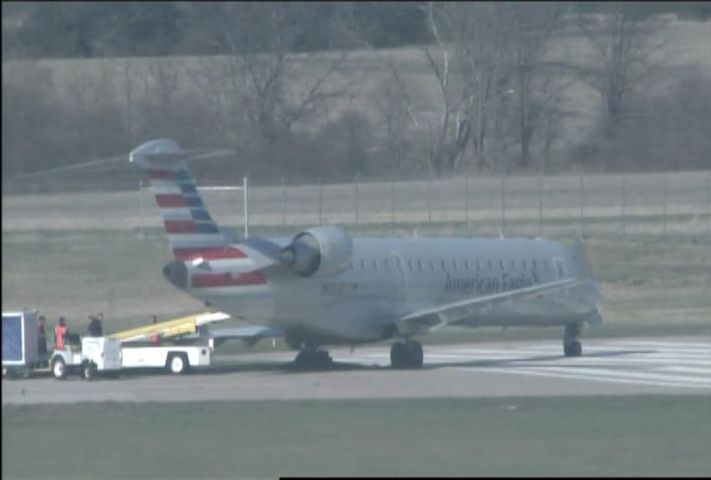 COLUMBIA - Passengers headed to Chicago Saturday faced a cancelation at the Columbia Regional Airport when their plane exited a taxiway.

People on American Eagle flight 3624 said they could feel the plane veer off the taxiway and get stuck in the mud.

Passengers said they were on the plane for about an hour until a fire department helped them off the plane and bused them back to the terminal.

The plane was supposed to take off at 4:25 p.m., but the flight has been canceled.

American Airlines flight 3624 was on Taxiway A making it's turn onto the main runway, runway 02-20, when the right rear landing gear left the paved area of Taxiway A causing the aircraft to become stuck.

There were no injuries to any passengers or crew. The aircraft did not "skid off of the runway". The flight was cancelled and American Airlines made arrangements for passengers at local hotels or booked passengers through flights out of other airports.

Crews will work overnight to remove the aircraft and the aircraft will be fully inspected before being certified for flight. Because the aircraft is at an intersection of a taxiway and runway, COU will be closed to air traffic overnight.

A driver from Lisa's Taxi said Columbia Regional Airport called them to transport people to St. Louis to catch a flight.

Columbia Fire Department's Lisa Todd said she and her colleagues also shuttled people from the airport to the terminal.

[Editor's Note: This story has been edited since its original posting for clarity.]