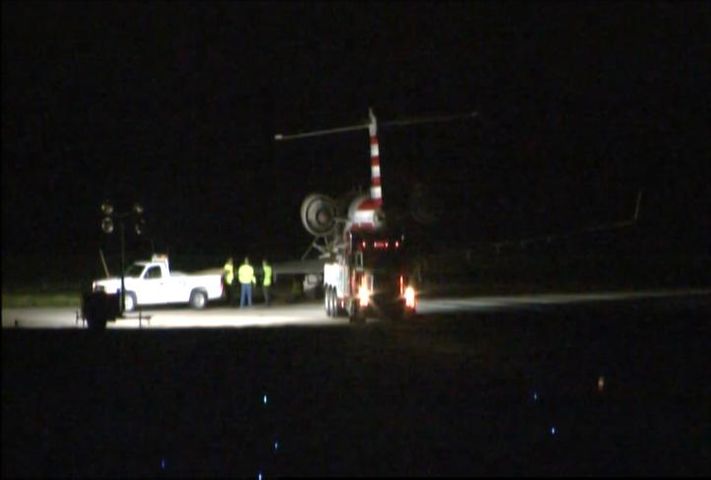 COLUMBIA - The Columbia Regional Airport is reopened on Tuesday, May 12 after a plane was removed from the mud.

This is the second time in about a month that an American Airlines plane has gotten stuck in mud at the airport while taxiing toward the runway.

Crews removed the plane around 3:45 a.m. and taxied it off the runway and continued to work on the back left tire.

Flight 3621, originally reported by airport officials as 3305, was preparing for departure just before 2 p.m. Monday when the left main landing gear got stuck in the mud.

Officials said no one was injured. American Airlines said the plane was carrying 62 passengers and 4 crew members.

KOMU learned an American flight will touch down at 8:16 a.m.

Ticketed passengers for flights today are asked to contact American Airlines at 800-433-7300 for all flight information.

[Editor's note: This story has been updated to reflect the most recent information.]

Columbia Regional closes after another plane gets stuck