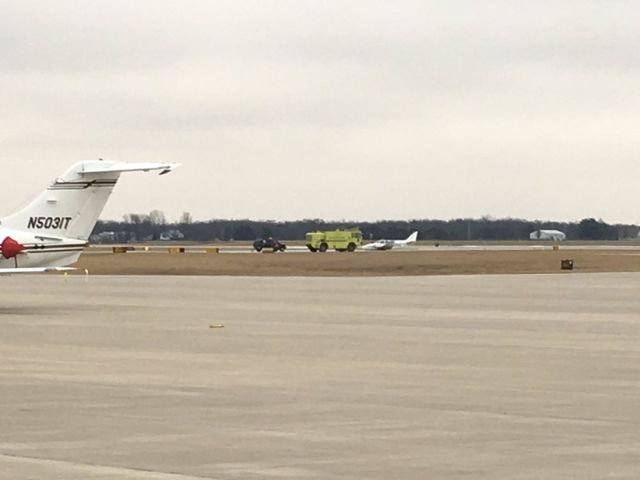 The plane was taxiing at slow speeds around 2 p.m. after landing on the airport's primary runway when its landing gear collapsed, folding back up and causing the aircraft to land on its belly on the ground.

Runway 220, the airport's primary runway, was closed because the collapsed plane had landed in the safety area. If any object is in the safety area of a runway, that runway has to close. Runway 1331, which is made for smaller aircrafts, remained open.

There were no injuries, but one American Eagle flight to Dallas set to leave at 2:35 p.m. was delayed. Passengers were rechecked onto the next available flight.

By 6:30 p.m., a Columbia Avionics crew was able to clear the Baron aircraft, and the American Eagle passengers who waited at the airport were allowed to board the plane.

The crashed plane is registered to Sentry Aviation out of Spring, Texas.