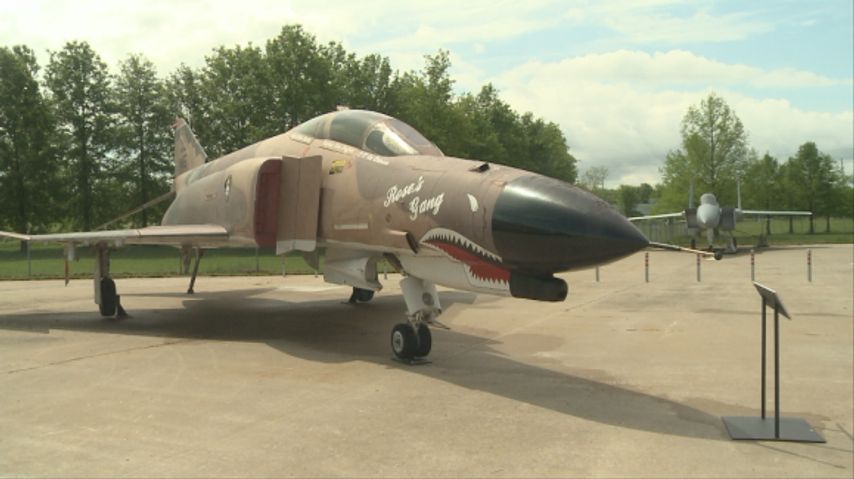 Submariners from the U.S.S. Jefferson City visited the capital as part of the Navy's community outreach. Each year, the Navy takes sailors stationed on ships and submarines and brings them to the city their ship is named for.

Members of the U.S. Submarine Veterans Inc. welcomed the sailors with a lunch at Bones restaurant and lounge.

Veterans and active duty sailors laughed and smiled as they exchanged decades worth of stories and experiences.

Chief of the boat Joseph Bransfield II said, "In Hawaii, it may seem like paradise, but you are so far away from everybody else. Those letters, kind words, the discussions, the visits here, it really gives them focus that they need to know that there is something worth fighting for and we embrace Jefferson City as that reason."

A Hercules, one of the military's largest planes, is being transported to the Museum of Missouri Military History. The C-130 is currently being relocated from its previous home in Chanute, Illinois, to its permanent home in the capital.

The plane is so large it had to be disassembled to transport.

"It's so large you can actually fit a school bus inside with room to spare," Machon said.

The Hercules will be the only C-130 in the state of Missouri.

The entire body of the plane is scheduled to arrive in Jefferson City by Wednesday afternoon and be reassembled by Memorial Day.

The C-130 will join an F15 Eagle, a Phantom 2, a WWII Sherman tank, a Vietnam Sheridan tank, a Bell AH-1 Cobra and an armored Hammerhead currently on display outside of the museum.

The exhibit is free and open the the public.