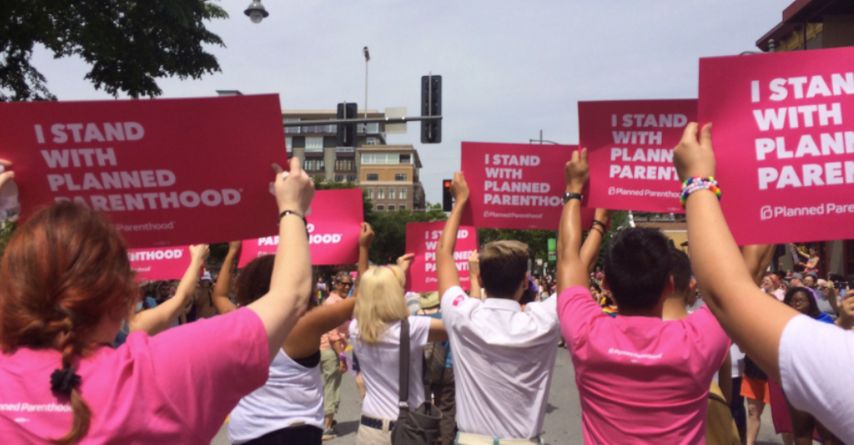 JEFFERSON CITY - Planned Parenthood advocates will host a day of action at the state capitol Wednesday.

"It's a day for our supporters and volunteers and anyone who is concerned with reproductive rights to take action in response to some of the abortion bans that have been proposed," group organizer Cortney Bouse said.

She said action days have one purpose: to send a message.

"We want our legislators to know that these bans are not popular and that there are better things to focus on that would improve Missourians' life in the state and with their constituents," she said.

The group told KOMU 8 News Missouri is one of the most restrictive states in the nation when it comes to abortions. Currently, there is only one location in the state that provides abortion procedures.

Bouse said the group is "Pro-sexual reproductive health" and will continue to fight for these rights.

"This paints a more accurate picture of a fight we engage in," Bouse said. "Folks being able to access abortion, being able to make whatever choice is best for their body."

"We're also pro-birth control, facilitate an environment where folks who want to continue a pregnancy can do so, pro-medicaid expansion, pro-paid maternity leave," she said.

KOMU 8 News reached out to two anti-abortion groups for comment, but did not hear back.