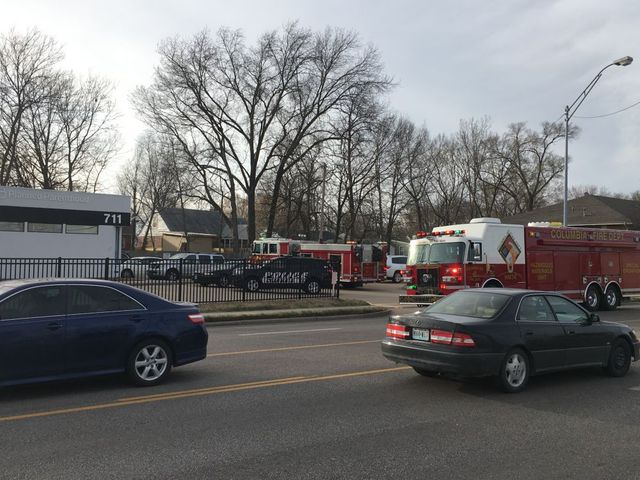 First responders arrived at the scene at 4:45 p.m. after someone reported a "strange smell or gas" inside the building.

Four employees reported having irritation to their eyes and heavy coughing, though no serious injuries. They refused medical treatment.

Brad Fraizer, Columbia Fire Marshal, said the cause is unknown at this time.

More than 20 fire and police personnel appeared on site to redirect traffic and investigate the scene, closing off the 700 block of Providence Road. Firefighters did an air quality test and found something unknown and unusual in the air.

"We were able to detect that something was in the air that was not normal," Fraizer said. "Considering that some eye and maybe throat irritations, we're confident there was something in the air, we just don't know what."

That section of Providence Road was closed for over an hour. Planned Parenthood was ventilated but remained evacuated as of this story Wednesday night while officials determine what caused the hazmat spill.

The fire department is working to get the facility back to normal and determine what was in the air, while the Columbia Police Department investigates if foul play was involved.