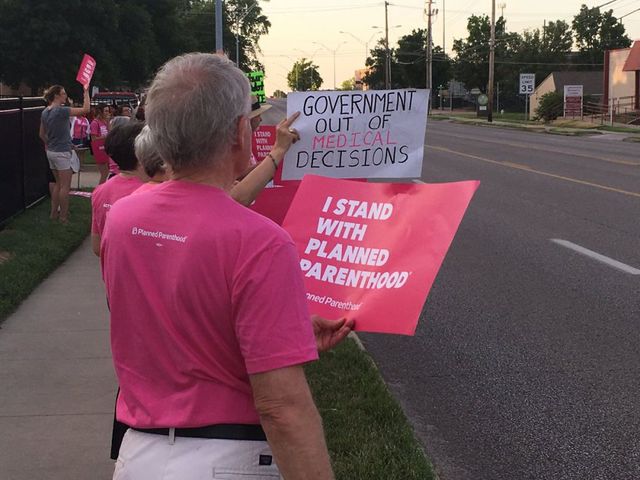 COLUMBIA - Planned Parenthood supporters around the country, including in Columbia, rallied Wednesday night to show their opposition to the national health care bill moving through Congress.

The Pink Out The Night Sunset Rally lit up planned parenthood clinics all over the country in pink lights at sunset.

Planned Parenthood said in a news release that the lights represent, "PPGP and its allies' commitment to keep the light shined on Republican lawmakers who are working in the dark on a reckless ACA repeal bill."

The American Health Care Act (AHCA), moving through Congress, has been negotiated largely behind closed doors in Washington. Republican leaders were expected to release details of the bill at 9:30 a.m. Thursday.

Planned Parenthood supporters worry the measure could strip the organization of its federal funding. De-funding Planned Parenthood was a rallying cry for conservatives throughout the 2016 election cycle and has persisted into the new administration.

A vote on the new health care bill could come as early as next week.