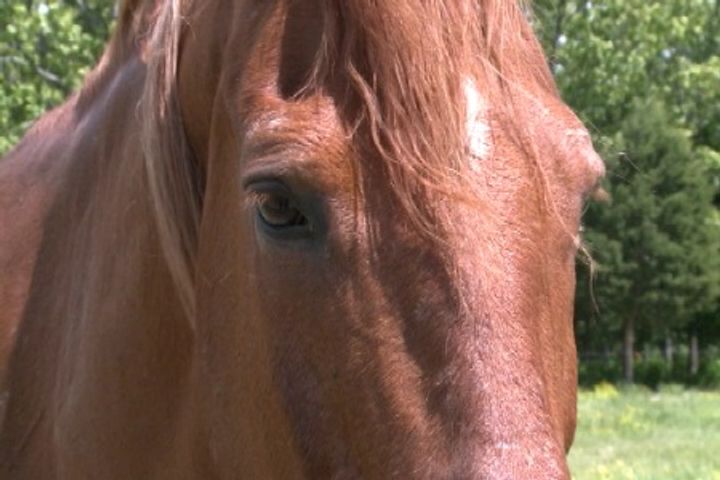 MOUNTAIN GROVE - A plan for a horse slaughterhouse in Missouri has split the community of life-long horse owners in half.

"I've seen plenty of horses put down and every time it leaves me with a terrible feeling," horse owner TC Wagner said.

According to Nat Messer, Professor of Equine Medicine at MU, about 100,000 sick or abandoned horses are shipped to Mexico or Canada where horse slaughter is legal.

Russell Brown believes a horse slaughterhouse in the US is necessary.

"What's not good for them is taking that trip to old Mexico," Brown said.

In fall 2011, Congress allowed funding of USDA inspectors in horse slaughterhouses, in effect making these processing plants legal in the US for the first time since 2006.

"The intelligent part of me thinks that it is needed because the horse market used to be a lot better, but the the touchy-feely side says I don't wanna see it," Wagner said.

Sue Wallis, a Wyoming state representative and CEO of Unified Equine has planned to open up a horse slaughterhouse in western Missouri by the end of the summer.

Much of the difference of opinion among horse owners stems from the relationships they hold with their animals.

"Horses are not something we raise for two years and then send down the road," horse owner Leslie Edwards said. "They're companions."

"Horses aren't a companion animal," Brown said. "Even people like myself that show horses know that. There's a lot of work that goes into them, like fishing or golfing."

Wallis and Unified Equine plan to ship the meat overseas, to countries in Europe or Asia where it is used for human consumption.

"What bothers me is some European chowing down on a horse," Wagner said.

For many horse owners and veterinarians, humane slaughter of horses would be necessary in the processing plant.

"If there are no other options available we want slaughter to be a humane way to end a horse's life," Messer said.

According to Wallis, her company is in talks with Temple Grandin and other proponents of humane slaughter of livestock.

"In my mind and in the hearts and minds of many people, it's all about horse welfare," Wallis said.

Wagner says opponents of the slaughterhouse will continue to protest it.

"Thinking of loads of horses going up and down 60... that would kill me to see that," Wagner said. "We'll fight that."

Watch the video for this story here: http://www.youtube.com/watch?v=sg-prjy1OfM&feature=youtu.be

Watch the second part of KOMU's investigation about the economic impact in Missouri of a horse slaughterhouse here: http://www.komu.com/news/horse-slaughterhouse-divides-business-community/