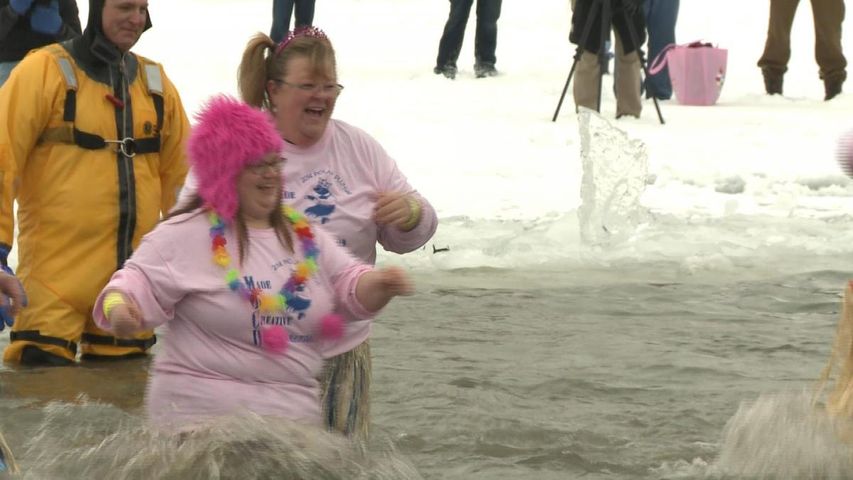 Columbia Parks and Recreation officials removed a 20 by 20 section of ice from Stephens Lake Friday to ensure participants could jump in. Columbia fire and police officials hosted the event Saturday to ensure the safety of participants. Columbia Fire Department Battalion Chief Clayton Farr Jr. said the water was about four feet deep and around 35 degrees.

"We've got some personnel in ice rescue suits and their primary function is to ensure no one goes too far to actually get underneath the ice shelf, and then also to ensure that they don't go too far," said Farr Jr.

Despite the cold temperatures, participants were eager to take a dip.

"It was awesome," said first-time plunger Skyler Dahlin. "I'd never done it before and it was fun. The water was fairly warm compared to out here, so it was really cool. My team is freezing, but I'm not too bad, it's not that bad out here."

Dahlin said he participated to support a good cause.

"I'm crazy and I like making [my team] do crazy stuff, but also for the cause. The Special Olympics is dear to my heart."

This year's monetary goal was $110,000. Brimer expects to raise more money for Special Olympics Missouri through fundraisers and other donations.