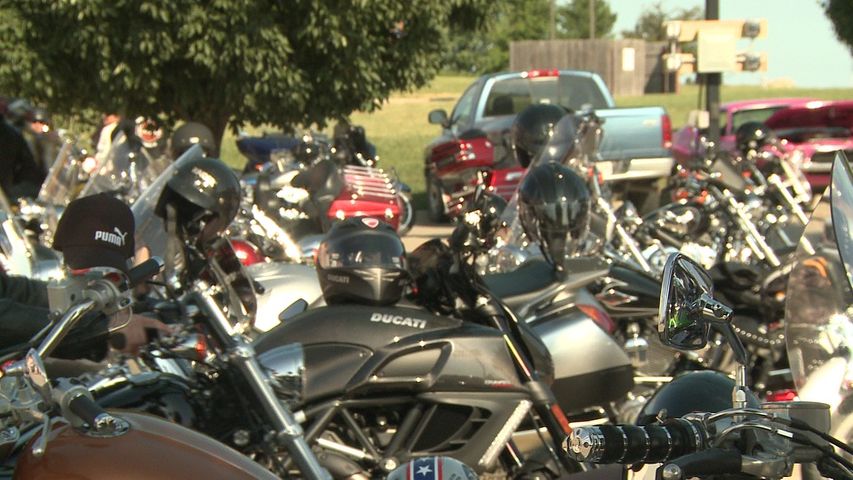 JEFFERSON CITY - MFA Oil officials said Saturday the 2012 MFA Oil Poker Run raised more than $45,000 to be split evenly between the University of Missouri Children's Hospital and the Ronald McDonald House of Mid-Missouri.

Break Time General Manager Jackie Maxwell said this year's run drew far more people and donations than last year's inaugural running. She said participants received a playing card at each checkpoint on their route of choice. There were five routes to choose from, each ending in Jefferson City. By the time they reached the finish line, participants had a poker hand. She said there were prizes for best and worst hands. In addition to entrance fees, she said the event raised money through lunch tickets and an auction. About 300 people took part in the road rally, and a total of 600 attended the barbecue and auction.

Kenneth Terry, who has attended a number of bike rallies, said he thought this run was very well-organized. He said he has participated in several charity poker runs and wishes more people would participate in them. Terry and another participant, Alvin Griffin, said they like helping charities and enjoy the Poker Run's routes.

In addition to motorcycles, participants used cars ranging from a Model A Ford to current models. Entrants included a 1962 Chevrolet Impala and a 1992 Corvette.