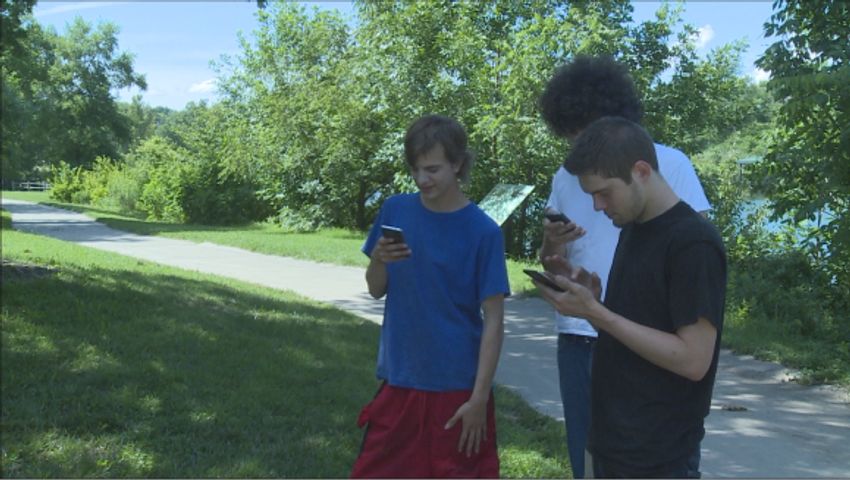 COLUMBIA – The new Pokémon GO cell phone app is setting download records across the world and in mid-Missouri. With players constantly looking down at their phones, the game is raising questions about safety.

“We have a lot of trail systems that may have a trail crossing such as Stephens Lake Park,” Gabe Huffington, the park services manager for Columbia Parks and Recreation, said. “So as you're driving into the park, you know, the number one thing is we hope you're not on your phone and driving.

He said kids running around in parks heightens the concern for safety.

“With those trail crossings and sidewalk crossings and with the amount of kids we have in parks, be cognizant of what's going on around you,” Huffington said.

Jordan Singleton has been playing Pokémon GO since its release on July 6. He said the app’s design takes those safety concerns into account.

"This games has maps,” Singleton said. “It shows you where roads are that you probably shouldn't be crossing. So whenever you play, your character has a circle that pings and it's a good circle that radiates 10 to 15 feet to where you don't have to step in the road if there's one in the road, you can just kind of be near it."

Huffington said Columbia Parks and Recreation has seen an increase in the amount of people in parks after hours since the game’s release.

“Always be aware of park hours. Our parks close at 11 p.m. and open back up at 6 a.m. unless you're at Cosmo Park, it closes at midnight,” Huffington said. “So if you are in the park system and it's after 11 p.m., whether it's our park rangers of the Columbia Police Department, or our private security team, they may come up to you and ask you to leave the park."

Players say it’s tempting to look for Pokémon after park hours because there is a different set of characters at night, called ghost characters.

Despite safety concerns, Huffington said the app is a great way to get the community moving. When players download the game, it tells them where to go to find Pokémon. Players say although you can drive to find Pokémon, it’s much easier to catch them if you pick a spot and start walking.

Players say public areas like the mall, parks, and downtown Columbia are popular spots to find characters, but new Pokémon are dropped at different locations constantly.