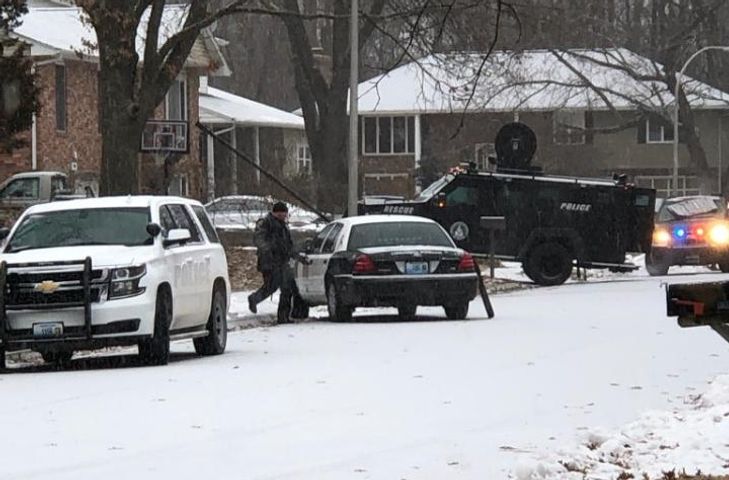 COLUMBIA - The Columbia Police Department have a wanted man in custody after an officer spotted him in West Columbia.

Anthony Maurice Malin, 38, was arrested after a lengthy standoff with police. CPD spokesman Jeff Pitts said Malin was believed to be armed and has two active felony warrants. One is for delivery of a controlled substance and the other for aggravated domestic assault.

Pitts said the SWAT team was called to the scene after Malin made claims of suicide by cop.

During the incident, there were no injuries sustained, according to police.

A viewer sent KOMU 8 photos of police at a house on Longwell Drive just south of Bray Avenue. Among the vehicles spotted was the Columbia Police Department SWAT team's Bearcat, a fully armored vehicle used in certain tactical situations.

"It was not used. Negotiations were used and after approximately fifty minutes, he did peacefully surrender," Pitts said.

Next-door neighbor Sarah Darkhlil said officers knocked on her door around 2 p.m. They were on guard in the movie room of her pool house. She said officers yelled at Malin to "come out" every minute.

Pitts confirmed a man and woman were also in the house and have been detained while police wait for a search warrant for narcotics.

Darkhlil said she has known her neighbor since 2000 and said he is a kind man. She said she does not know Malin.