Police give up search for car chase subject 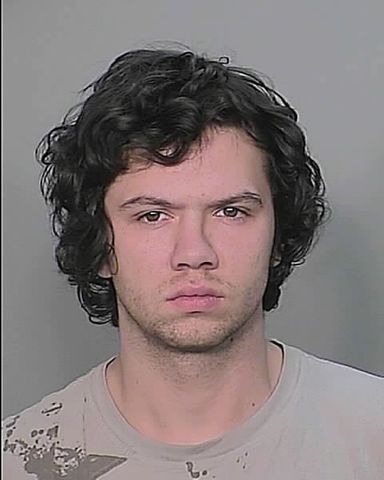 BOONE COUNTY - The Columbia Police Department ended its search Monday for a man wanted for $55,000 in warrants, after a brief car chase that ended on Creasy Springs Rd.

CPD said an oficer was dispatched to Worley St. for an exparte order violation at 6:20 a.m. That's when the officer saw the suspect vehicle leaving the area.

Police said the officer attempted a traffic stop with the suspect vehicle at 7 a.m. near Clinkscales Rd.and Worley St. at 7 a.m.

CPD said the pursuit began when Darren Green refused to stop for the officer. Police followed Green to the 6000 block of Creasy Springs Rd. where Green then abandoned the vehicle and ran into the woods.

Kenneth Rybolt and his family sat on their front porch and watched the helicopter circling the woods near his home. He said he was not surprised by the search.

"This happens all the time around here. We always see cops going up and down the road looking for somebody," Rybolt said.

Rybolt said there is a ton of land and woods in the area that would make it difficult to find somebody.

Green has four outstanding warrants for his arrest including burglary, hit and run, theft, domestic assault, and endangering the welfare of a child.

Anyone with information on his whereabouts should contact the Columbia Police Department or CrimeStoppers at (573)875-TIPS if they want to remain anonymous.

Below is a photo of a K9 unit searching for Green.

The car police say Green was driving was removed from the scene.

(Editor's note: This story is being continually updated. We also corrected a misidentification of the Missouri State Highway Patrol.)