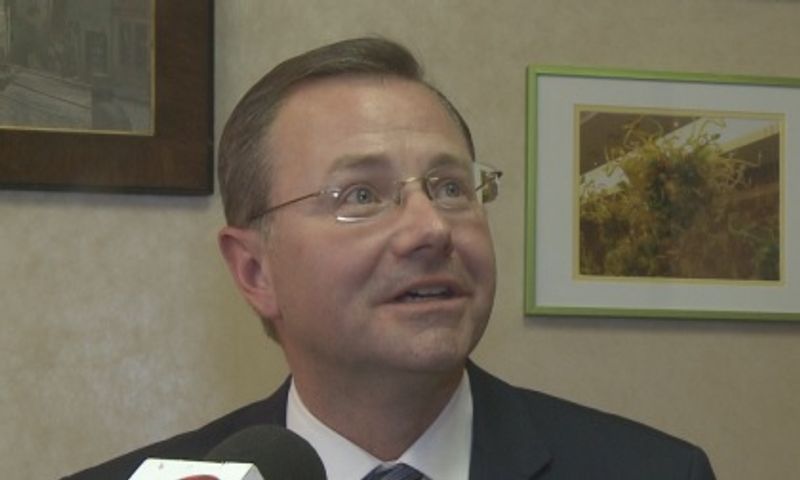 COLUMBIA - The Columbia Police Officers Association announced Wednesday that it is endorsing Brian Treece for Mayor of Columbia.

Treece said public safety is the first priority in his race for mayor.

"I've spent half of my entire life advocating for policies that improve, not just our public safety environment in Missouri, but also improve conditions for police officers and their families."

Treece said he believes Columbia is a great city but is facing a few challenges currently.

"The bottom line is people are not going to want to move their families to Columbia, or send their daughter to college or relocate their business to Columbia if they don't feel safe," Treece said. "That's why I believe in order to attract and retain residents and businesses to Columbia that we invest and protect our neighborhoods."

"His goals and the way he feels about how city government should go pretty much aligned completely with what we believe that Columbia needs in order to continue to keep growing."

Treece said police officers need to be the front and center in the community and that adding a community policing unit from six to eight officers would improve the relationship between the police department and the community.

"There is no time to go out and even get to know your community because you're simply going call-to-call," Mitchell said.

Treece said he believes public safety as the number one priority in the city's budget.

"Shortly after that April election, we will be going in to a budget cycle and I hope that we can begin to at least incorporate some modest increases in our staffing patterns with police officers," Treece said.

Mitchell said Treece is the only candidate he expects CPOA will endorse.

“At some point you have to make a decision and sometimes earlier is better, and in this case, I don’t see any possibility of somebody coming along that would be a better supporter for us.”

Treece served as an advocate for the Missouri Fraternal Order of Police from 1998 to 2010.

The Columbia Police Department declined to comment on the CPOA endorsing Treece.

Treece has not formally filed paperwork saying he is seeking election. So far, Skip Walther, is the only candidate who has done that.

Walther sent a statement to KOMU 8 News saying: "We have seen how CPOA leadership has represented the police relative to our minority community, and now its endorsement will only serve to polarize the community further.  In my opinion, the job of police and firefighters is far too important to the community for them to become political pawns.  As a practical matter, it doesn’t seem particularly wise for CPOA to endorse any candidate for mayor."