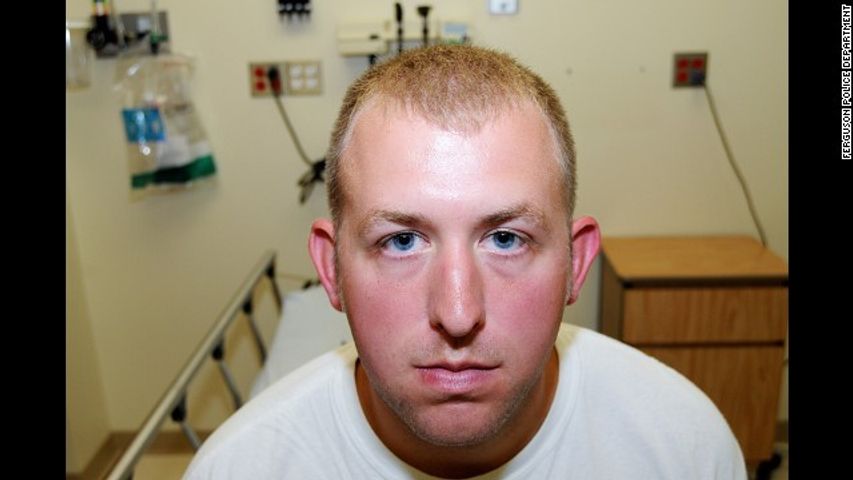 The Columbia Police Officer's Association (CPOA) made a post (below), which has since been removed, saying it stands by Wilson.

The CPOA said it stands by "this innocent, but persecuted officer."

Mayor Bob McDavid quickly responded with a Facebook post of his own, calling the CPOA's statement "insensitive" and "divisive."

A short while later, CPD released a statement saying the CPOA post "served to inflame the emotions of some in our community."

The CPD said, "The Columbia Police Department is a separate entity from CPOA and does not in any way condone the use of social media, or any other medium, to promote divisive messages in our community. The Columbia Police Department will not allow a statement such as this to hinder our constant efforts to open the lines of communication with all people in our community."

Around 1:30 p.m. Monday, CPOA released another statement saying their post about Wilson was interpreted incorrectly. In an effort to clarify the meaning behind the original post, CPOA said they support Wilson "and all law enforcement officers who endure similar situations."

Wilson was cleared a grand jury months after he shot and killed Michael Brown in Ferguson. The initial shooting and the grand jury decision both led to protests that often erupted in violence. There have been more demonstrations and a police shooting marking yesterday's one-year anniversary.

Below are screen shots of the CPOA posts and the mayor's response.

The CPOA post has gotten dozens of comments, most of them critical. Facebook users are calling the post "terribly offensive," "disgustingly and and blatantly racist" and "in egregiously poor taste."

Defenders of Wilson on Facebook said he was working within the scope of his duties, and Brown was acting as a criminal.

Early Monday afternoon, the website columbiapoa.org, which is the Columbia Police Officers Association website according to its Facebook page, was occupied by a single banner that read "Black Lives Matter". See the screenshot below.

Around 1:30 p.m. Monday, CPOA clarified their original statement regarding Wilson.