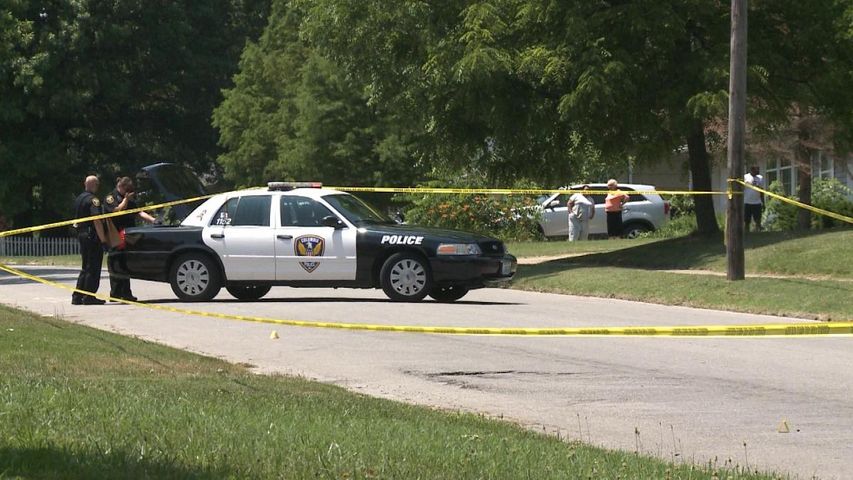 COLUMBIA - A shooting at the intersection of Garth and Texas took place just after noon on Wednesday. Police found 27 shell cases at the incident and say they are from three different weapons.

"We have one male victim who suffered a gun shot wound and was taken to a local hospital," Public Information Officer Latisha Stroer said.  "He faces non life-threatening injuries."

Police say the shootings occurred between multiple vehicles. Police found an abandoned black SUV on Blue Ridge that was involved in the shooting and suffered multiple gunshot damages, but no suspect was found inside.  The second abandoned vehicle was found on Jackson Street.  It also had bullet damages.

Police don't know at this time if the shooting was related to previous shootings or if it was gang related, but police say more than one suspect may be involved.

Neighbor Sharon Hamel said she heard what sounded like firecrackers outside of her window. She said she went outside and saw two black males in a vehicle drive north from the scene. Nearby neighbor Jim Baumgartner's house had damages from multiple gun shots.

"I heard what might have been fireworks, and a real loud bang. I looked next to me and my house took two hits and it shattered my window glass and came through my wall three feet above my head," Baumgartner said.

Baumgartner's next-door neighbor's house also faced damage from one bullet, but it didn't go through the house.

Police said if anybody was near the scene when it happened, to call the Columbia Police Department with any information.