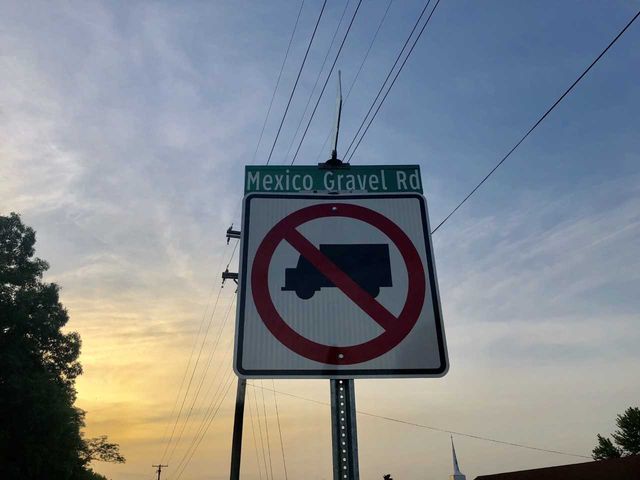 A woman told KOMU 8 News she was watching TV with her one-year-old son when a younger looking woman knocked on her door around 12:00 a.m.

The victim said when she opened the door, the woman took a step back and three other men rushed into the home. One man held her at gunpoint while covering her mouth. The second man then slapped her son, while the third suspect headed upstairs.

The woman said she heard one of the suspects going through her room. She said she thought they were looking for money, but they ended up only taking her phone.

"The suspects fled, we believe on foot, with unknown property at this time," Officer Clinton Sinclair said. "Nobody needed medical attention that was still at the scene when we arrived."

The officer said the four suspects were last tracked near the Hilton Garden Inn by Menards. Police are still trying to locate them.

KOMU 8 talked to the father of the child who was struck. The man asked not to be named for safety reasons but said he is upset the intruders hit his child and tried to take advantage of his family when he was not there to protect them.

"The fact that you had a pistol toward a woman's head, that is not really powerful. You know what I mean, doesn't really have much strength. That's petty, that's weak," he said.

The man said his girlfriend saw three men and one female suspect. He said two of the men were heavy set, the other was tall and skinny. He said the suspects yelled "where's the money," at the victim.

"They basically just ran in here, and looked at stuff, and touched a bunch of stuff and walked out. It pissed me off that they did didn't take nothing, that, they did threaten my family's safety," he said.

KOMU 8 reached out to the Columbia Police Department for a follow-up statement, but no other information has been released.

(Editor's note: KOMU 8 News will continue to update this story as the investigation continues.)

(Correction: Two-year-old was corrected to one-year-old from the CPD press release.)