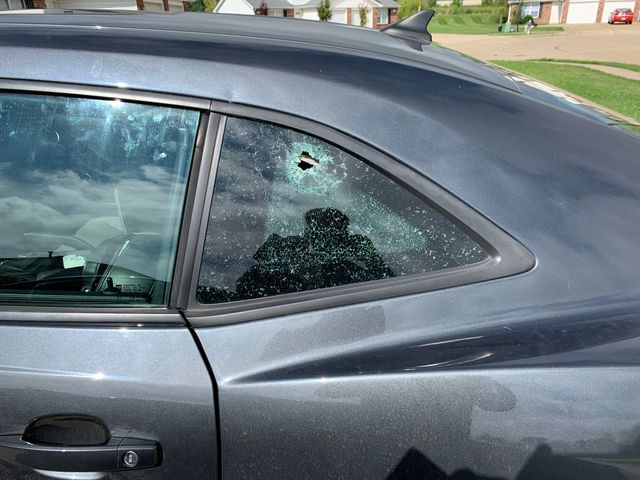 A car window shattered from the shooting.

COLUMBIA - Police are looking for a man who fired shots on Typhoon Court in north Columbia Monday evening.

The street is three minutes away from Derby Ridge Elementary School. Residents said kids were playing in the cul-de-sac right before shots broke out around 6 p.m.

“For those who choose to invoke fear and victimize other people, we will continue to pursue you with the full resources of the city, county and federal government," Columbia Police Chief Geoff Jones said.

One woman, who wishes to remain anonymous for safety, said her son was in his car during the shooting.

The mother said the bullet that shattered her son’s window was three inches away from hitting his head. The son had minor injuries from broken glass.

“They could’ve blown his brains out,” she said. “But he’ll be alright.”

John Jones, who’s lived on Typhoon for 17 years, said nothing like this has ever happened on the street before.

“You see it all over town and [it’s the] first time it's happened here,” Jones said. “The most major thing we've ever had happen is people rummaging through cars at night that have been left unlocked.”

Jones said the shooting has made him feel a little more unsafe in his neighborhood, but he’s still going to keep watch for any future trouble.

“I always keep an eye out,” he said. “I’ve called the police numerous times on different incidents that have happened here in the neighborhood when I noticed something suspicious.”